Freddy Cole at The Jazz Corner 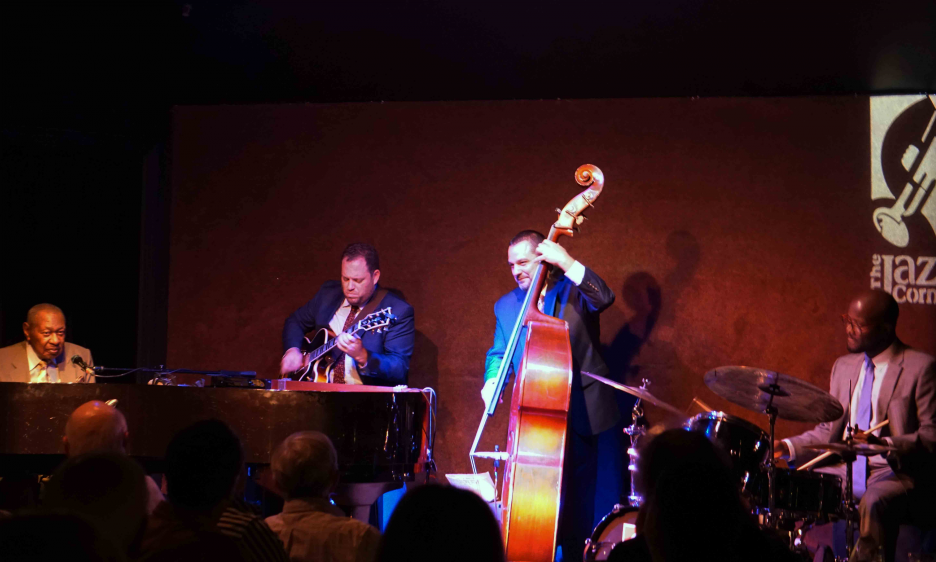 Freddy Cole turned 87 years of age on October 15th, 2018 and played The Jazz Corner the next weekend. He is not so spry now, but he still completed his world tour again this year, including Australia and Japan, with his grandson Tracy to keep him company. He first came to Hilton Head in 1972 in his golfing days. He still keeps a home on the Island and has been playing The Jazz Corner since it opened, almost twenty years ago. In the genteel South, it's polite to call him Mr Freddy.

The signature whisper at the top of his baritone is a reminiscent echo of his brother Nat King Cole's voice. Mr Freddy is one of the last of the era of gentlemen dinner club singers, an intimate jazz club atmosphere wraps around him like an old friend. His phrasing on piano is impeccable, making the audience wait until he is ready to deliver the note to maximum effect. He is word perfect on the lyrics, as he explained with a wide smile after the show "I've done them a couple of times." There are no scores or papers on his piano, he just knows the set. A glance at a member of his trio is enough to invite a solo; they play together intuitively, following his lead.

Mr Freddy never plays loudly, the Jazz Corner's finely balanced acoustics and his polished finesse command all the attention. He is completely unafraid of dramatic pauses, using silence as effectively as sound. The room listened respectfully, hanging on every note.

It's rare to leave a performance thinking it was a privilege to be there. This was one of those magical nights.