By Karl Ackermann
February 15, 2016
Sign in to view read count 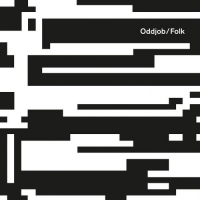 Not widely recognized in the US, Oddjob's personnel are not without ties to well-known western artists. Trumpeter Goran Kajfeš has toured throughout Europe, North Africa and Mexico working with Nils Petter Molvaer, Bugge Wesseltoft, Lester Bowie and others. A current project with Don Cherry's children, Neneh and Eagle-Eye Cherry, is a tribute to the late trumpeter. Similarly, bassist Peter Forss has been touring with the Cherry's son and has worked with trombonist Nils Landgren.

Per "Ruskträsk" Johansson has played with the Esbjorn Svensson Trio, Roy Hargrove, Don Alias, and Randy Brecker. He is co-leader of a group with saxophonist Jonas Kullhammar as well. Pianist Daniel Karlsson has played with the Lennart Åberg Quintet and Big Band and toured and recorded with Ernie Watts and Peter Erskine. Drummer Janne Robertsson has a classical background, but after switching to jazz, he has played and recorded with many Scandinavian pop and jazz groups.

Oddjob finds the stimulus for their original readings by translating the functional purpose and tone of old folk practices, and improvising, in some cases as an overlay, on field recordings, from the Centre for Swedish Folk Music and Jazz Research. Each of the seven tracks are chronologically numbered with the prefix "Folk...." Herding calls (as in cows and goats) are the unlikely source of many of the compositions on Folk. "Folk #1," for instance takes its cue from a cow horn; essentially the type of hollowed antler used since the middle-ages.

Similarly, "Folk #2" and "Folk #3" are based on herding methods but one piece, mimicking staccato singing, and the other, a buck horn. Related to that general theme is "Folk #5" is based on shieling music; "shieling" being the mountainous habits of shepherds. "Folk #6" and "Folk #7" are rooted in more conventional traditions; the first, that of vocal calling, and the latter, on attempts to revive the herding music that was fading from common use in the early 1900s.

Ok. If one were not familiar with the remote world that inspired this album, the concept may seem a little less than compelling. In fact, Folk is filled with exquisitely constructed jazz compositions that would have no obvious connection to the model, for the uniformed listener. Johansson, Kajfeš, and Karlsson use the archival material as a jumping-off point, telling the story in completely modern terms. The hallmarks of Oddjob's seven previous albums are top-notch musicianship, improvisation and flexible rhythms and that's completely in line with what the group has done so beautifully on Folk.