By Karl Ackermann
November 11, 2018
Sign in to view read count 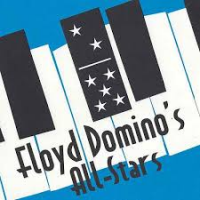 At the time in which traveling bands of the Southern Plains were reaching their peak popularity—the 1920s—Texas and Oklahoma contingents were experimenting beyond their typical formulaic performances. At the same time Western music was on the verge of dying and likely would have were it not for the efforts of folklorists John Lomax (the father of Alan Lomax) and Jack Thorp who published collections of "cowboy music," reviving interest in the genre. It was probably inevitable that Western music, jazz and gypsy jazz, string bands and brass, would result in some hybrid extension given their close proximity in the region. Western Swing was the outgrowth and it attracted large crowds to the dancehalls of the Southwest from the late 1920s and up to World War II when a federal nightclub tax initiated its demise. In its prime, Western Swing brought national attention to some of its stars, including Hank Thompson and Bob Wills.

Western Swing never completely vanished but remained localized from the war years until the 1990s when it was rejuvenated by groups such as the Hot Club of Cowtown and, especially, Asleep at the Wheel. Floyd Domino spent seven years with that group, often shifting the model from one that centered solely on a lead fiddle, to one that allowed his piano driven tunes to share the spotlight. Domino has won numerous keyboard awards and two Grammys; one for his performance on AATW's cover of Count Basie's "One O'Clock Jump." He has appeared on more than fifty recordings including seven as leader. On Floyd Domino's All-Stars, the pianist has assembled a diverse septet that includes AATW vocalist Emily Gimble. Domino brings in players from the traditional jazz world in trumpeter David Jellema, guitarist Brooks Prumo, bassist Bryan Gould and drummer Hal Smith. Multi-instrumentalist Lauryn Gould has a deep classical background but plays a solid jazz style tenor saxophone here.

It is impossible to remain stationary with the opener, Benny Carter's "Boogie Minor." Domino's piano is centerstage for parts of the tune but Gould and Jellema pile on an infectious energy with the wind instruments. Gimble's vocal on "Between the Devil & The Deep Blue Sea," along with the nostalgic tone of the piece, feels like a trip back to the song's origin in the 1931 Cotton Club show "Rhythmania." "Mess Around"—again featuring Gimble—was written by Atlantic Records founder Ahmet Ertegün in 1953 but the piano riff, can be heard as far back as the 1928 song "Cow Cow Blues." The 1932 standard, "Moten Swing" was written either by Buster and Bennie Moten or by Count Basie and Eddie Durham, depending on the varying accounts that can be sourced. Whichever the case, Domino takes a piano trio approach and the result is terrific with Gould, Smith and the leader shining in their individual parts and as a collective. All-Stars slows down only on the often recorded "Do You Know What It Means to Miss New Orleans" and on the closing blues number, "After Hours" written by Avery Parrish.

Domino is a practitioner of modernizing Western Swing and broadening that musical landscape, yet he doesn't achieve these ends by tampering with the fundamentals; Domino is a preservationist with an archivist's ear for the authenticity of blues piano, jump blues, jazz, swing, and boogie-woogie. His All-Stars offers a large portion of carefree roots music in a contemporary setting; it's great fun to listen to, and a reminder of some great overlooked music.

Boogie Minor; Between the Devil & The Deep Blue Sea; Riff Blues; Honeysuckle Rose; Do You Know What It Means to Miss New Orleans; Mess Around; Moten Swing; Blue Skies; Way Down Yonder in New Orleans; Exactly Like You; Tea for Two; After You've Gone; After Hours.