By Jeff Dayton-Johnson
November 21, 2011
Sign in to view read count 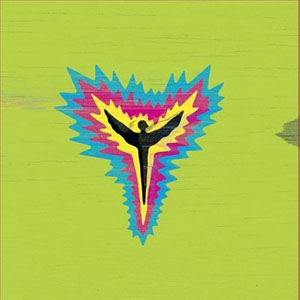 On the one hand, there is a focus on establishing moods, often undergirded by deep and pleasing grooves; this tendency would, if unchecked, lead the performances toward nicely played, attractively conceived background music. On the other hand, their international coterie of players serves up dramatically real instrumental voices, who sound vividly present. It is this latter component that makes the resulting combination sound, for lack of a better word, like jazz.

Chief among these instrumental voices, in addition to Wilson and Huggett themselves, is the philosopher/saxophonist James Tartaglia, on whose Dark Metaphysic (Jazz Direct, 2009) Huggett is the drummer (this is not an obscure metaphor: Tartaglia is a university professor of philosophy in England). Tartaglia is searing and free on the chaotic "Midnight Carjack." Meanwhile, his approach to his solo on "Mbeki's Lament" sounds inspired by Ornette Coleman in his seeming response to harmonies different than what the guitar and bass are playing, while trumpeter Yngvil Vattn Guttu is fluid and singing on "Mindaë," "Fortieth."

As a demonstration of the marriage of mood music and mayhem, "The March Of Time" is illustrative. It begins with a smooth 1980s "modern rock" synthesizer line and almost humorously simple rock beat. But two-thirds of the way through the track, exuberant and entirely non-formulaic percussion takes the place of the slick drumming, to be followed by Tartaglia's raggedy sax.

In a similarly witty way, "Mbeki's Lament" features a Brazilian interlude that is delightful, but over the top in its deliberate "Brazilian-ness," all ornate piano embellishments. Are they putting us on (the contrast could not be more stark with the boisterous and genuine Brazilian outburst on the volatile "Bunny Chow")? Is this some kind of political parody aimed at the South African ex-president named in the song's title?

The music on Field of Hope has, at times, the loose and lively sound of a jam session, a little informal, with lots of indications of group composition. In fact, many of the performances were layered together via cloud file-sharing facilities. As Huggett remarks, "high-bandwidth internet has meant that serious musical collaboration between London and Durban is possible." It's to the musicians' credit that they are able to channel this technological progress into a sound of genuine intimacy.

The track sequencing lends a suite-like coherence to the whole of the record: from bright mid-tempo numbers, through more frenzied and abrasive tunes like "Midnight Carjack," closing with a group of quiet, poetic numbers.