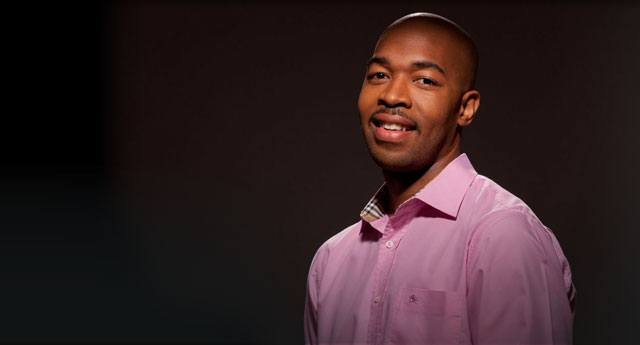 By Zach Hindin
April 28, 2013
Sign in to view read count
Where most debut acts aim to make a statement, Eric Harland's first lead project, Voyager, is decidedly conversational. Harland, arguably the consummate jazz drummer of his generation, has staffed his quintet with a potent if precocious musical brain trust. The year after pianist Taylor Eigsti first played with pianist Dave Brubeck (he was 12 at the time), guitarist Julian Lage became the subject of the 1997 Academy Award-nominated documentary Jules at Eight (Lage began performing publicly when he was six). It's enough to make Harish Raghavan (bass), Walter Smith III (tenor saxophone), and Harland (who didn't win recognition from trumpeter Wynton Marsalis until he was in high school) seem like late bloomers. But on the bandstand, these singular voices are of one very open mind. Here, the discussion is thoughtfully grown-up, performed with all the raw leisure of child's play.

Voyager's first record, Live By Night (Space Timer Records, 2011), makes up most of the band's live repertoire, along with several rousing new arrangements, including Eigsti's original, "Play With Me," and a heartfelt reworking of Louis Cole's hauntingly beautiful "Trust The Light." Having drummed out more than 80 recordings as a sideman, Harland's compositions are cyclonic, loose-woven and questing. Harland leads comfortably from behind, unearthing measureless musical ground upon which his band mates can range. Gale-force talent makes it a delight to watch each of these performers lose himself, but Voyager's real dazzle is in its collective power to bring the song home.

On both the record and stage, Voyager passes through compositions without stopping, resulting in a kaleidoscopic musical odyssey. On two of Harland's more epic tracks— "Treachery" and the group's eponymous "Voyager"—Lage and Smith prove what they can offer together. Lage's buttery archtop tone and lightning fretwork sustains a kind of mellow burn. For a guitarist, Lage is unusually percussive and compulsively melodious, often extrapolating refrains that float and dart above Raghavan's deep and dutiful bass lines. A frequent collaborator with Harland, Walter Smith III is cool and confident joining the other four, who previously convened to record Eigsti's Daylight at Midnight (Concord Records, 2010). Smith blows past the generic convolutions of many post-bop players, trading in high- speed heroics for a more focused, pounding intensity.

Voyager's maximalist rhythm section is driven by the powerful, nearly chemical energy between its piano and drums. Eigsti comps with plush chordal movements that snap in syncopation with Harland's kit. His lead work, by contrast, pumps out high-voltage cartwheels on the edge of control and overload. Meanwhile, across the bandstand, Harland works his kit from the cymbals-down. For all the orchestral splash he's able to conjure, Harland never muddies the subtle timbral and tonal variations that are his sonic watermark. In Eric Harland's hands, drums are a melodic instrument.

Harland has been of the moment long enough that the virtuosity on display here comes as no surprise. Musically, however, the drummer has been a fellow traveler on so many different projects that one couldn't be certain what to expect when he finally took the helm. Rounding out the American leg of its world tour at Kansas City's Gem Theater last Sunday, April 20, 2013, Harland's Voyager seems happy to keep its audience guessing. By their own right, these are some of the most in-demand musicians today, so it's hard to know where Voyager might go from here. But as debuts go, this has been one hell of a ride.

Zach Hindin is a writer and musician based in Washington.