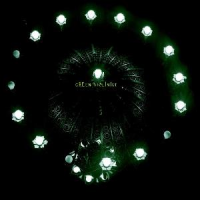 This Belgian progressive-rock outfit's debut frames its moniker on the title of artist Marc Chagall's The Green Violinist. Lead vocalist Vincent Dufresne derived inspiration from the painting after wading through some personal issues in 2003. The artist states that upon hearing the Canadian punk/post-rock band Silver Mount Zion's "13 Angels Standing Guard 'Round the Side of Your Bed," coupled with his initial viewing of the Chagall piece, ..."created a moment of pure delight." Otherwise, many of these works are built on medium-tempo and thrusting progressive-rock stylizations, although some of the lyricism intimates a good deal of lament, paralleling life's unfortunate circumstances.

Dufresne's vocal delivery is a tad reminiscent of Greg Lake's majestic and profound singing during his stint with the original, 1969 King Crimson lineup. Otherwise, this ensemble projects a big sound, partially set within emphatic prog-rock balladry atop steady and blossoming grooves amid a few thorny time signatures and harmonious themes. On "Velvet Road," the band uncannily entwines a vintage folk, protest song type aura via Dufresne's resonating and purposeful vocalizations to complement other regions of sound, where souped-up electric-folk sensibilities delicately underscore the weightier moments.

At times the ensemble bridges a psychedelic aura into the schematics, tinted with catchy riffs and ethereal, space-rock applications. Through it all, the musicians maintain a distinct group persona, enamored by the vocalist's commanding musical presence. However, many of the assumed influences and treatments partly emanate from an imaginative stance and may not be directly related to the artists' intent.

"Human Connection" contains a retro acoustic-electric folk narrative, treated with effects. Whereas, "Bad Inheritance (A Song to Cure)" is a slow-tempo regal rocker, featuring spoken word and what appears to be spacey synth treatments or perhaps drummer Gabriel Peeters' programming mechanisms. Ultimately, this unit morphs a prolific artistic element into its scope. In a certain way, listening to this album is akin to experiencing déjà vu, yet it's wholly evident that the musicians morph the old and the new into an idiosyncratic approach.

About The Green Violinist