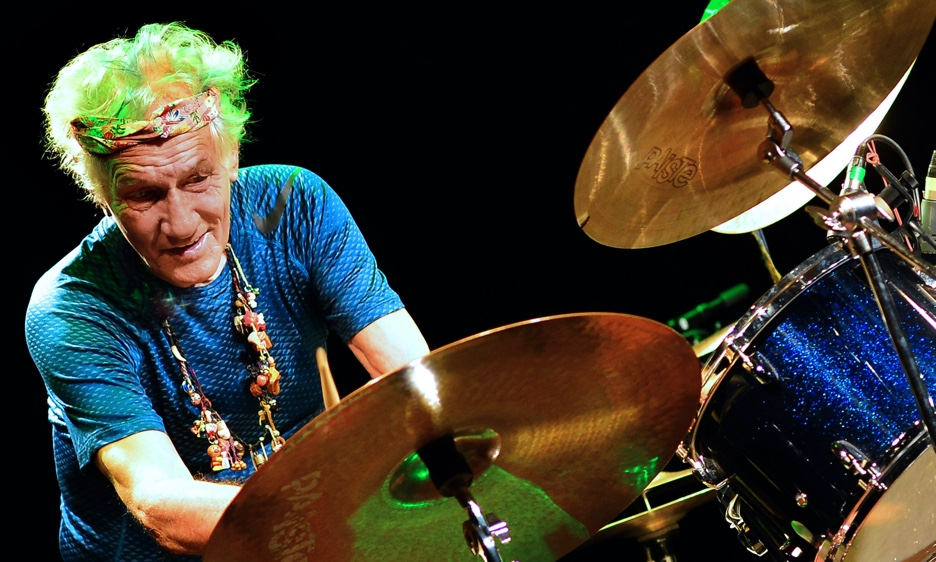 Enjoy Jazz spreads over many more weeks than most festivals. This German tri-city marathon usually presents at least one gig each evening, in either Heidelberg, Mannheim or Ludwigshafen, starting in early October, and continuing until mid-November. In 2020, the datesheet flowed smoothly for the first month, with spaced-out, reduced capacity shows, no Americans allowed, and a concentration on European players. Then, the German lockdown interrupted Enjoy-ment in early November. Several dates have already been rescheduled for December, so Enjoy Jazz may well be running into the new year, as gigs are gradually returned to the calendar.

Back in mid-October, some bookings were presented as a pair of separate-admission sets, to maximise potential attendance. This could be an advantage for improvised music, as each performance would be very different, providing an extra helping for those enthusiasts who might want to stay the full course. The Japanese-German duo of Uchihashi Kazuhisa (guitar) and Mani Neumeier (drums) appeared at the Alte Feuerwache (Old Fire Station), one of Mannheim's finest music venues. Your scribe wasn't familiar with either player, so this discovery of such excellence, within a setting of high inspiration, ended up as a festival highlight. Actually, each of the pair are well-connected, Kazuhisa (age 60) having been a member of Otomo Yoshihide's Ground Zero in the 1990s, and Neumeier (age 79) a collaborator with Harmonia, Moebius, Damo Suzuki, Acid Mothers Temple and the Globe Unity Orchestra.

The first set had Neumeier inserting an incense stick into an orange, on the floor in front of his generously augmented drumkit. Even though the duo were set on improvisation, Kazuhisa often stuck to riff progressions or harmonised solos, rather than being completely abstract in approach. His guitar sometimes had a twang-tone of early Bill Frisell, but if so, it was soon twisted beyond easy recognition by his table-load of electronic effects. Kazuhisa was adept at fashioning loops at speed, suddenly making a multi-layered piece that would allow Neumeier to spin and scatter abstract patterns, often acting as soloist against the guitarist's structured mass.

Kazuhisa let rip with a marshalled howl, once he'd provided his own backbone, an expert manipulator of his electronics spread. Such fluid screams became frayed around their edges, as Neumeier hit accents, driving and punctuating, having room to boom when a spacious phrase appeared, tom tom deep-rolls meeting fragmented-filament pedal effects. Around 30 minutes in, they both flew off the handle in tandem, with flooding guitar and big gong blows peaking, before Neumeier crouched on the floor to investigate his collection of metal bowls and small gongs. In the end, they went through a pair of longer pieces, a two minute finisher, plus an equally short encore.

The second set was even more concentrated with louder power, much more direct, and with fewer variations, outgoing and wilder. There was less detail, but more propulsion, and more gong-work, both big and bold, along with a greater attention to the floor-metal spread. To loosely categorise, Kazuhisa ascended for the first set, while Neumeier dominated the second.

Still in Mannheim, two nights later, the aura swished from Feuerwache's alternative mood to the brightly illuminated, pale-wooded, mainstream jazz club vibe of Ella & Louis, right in the city's centre. David Helbock and his Random/Control partners also played a pair of sets, but these were presumed to contain almost identical setlists. Your scribe opted for the first performance at 7pm, which ended up reaching full capacity.

The governing concept is that R/C play what can be termed 'alternative standards,' works that arrive from a few decades later than the older Brill Building/Broadway fare that has often sat in the jazz songbooks. The evening's composition choices might have been less obvious, but the composers themselves are mighty names on the post-1960s scene. The other part of the R/C concept is that Helbock himself sticks largely to a regular piano, but his cohorts, Andreas Broger and Johannes Bär fill up the entire touring wagon with their mass of instruments, mostly blown, and split between reeds and brass. So, the combined R/C approach leads to a good deal of quirked individuality, slickly delivered, without losing its sense of gleefully rampant, childlike adventure.

There's a fondness for lowness, as the trio opened using tuba and bass clarinet, Bär also having a small drum and tambourine strapped, one to each leg. This is certainly a band that has maximum palette size for the same fee! There's as much stimulus in the visuals as in the aurals, as Helbock's colleagues brandished new instruments every couple of minutes. At one point, Broger blew soprano and tenor saxophones simultaneously, before Bär revealed his hard-to-hide 'secret' weapon, a massive alphorn, not too long after we'd marvelled at the length of his didgeridoo. Have any studies been completed on alphorn aerosol transmission?

All that time, they were navigating Abdullah Ibrahim's "African Marketplace," towards Cedar Walton and Keith Jarrett, with Helbock being the voice of reason, compared to his sidemen, especially when considering his more extroverted outings in previous electric band settings. A combination of wood and metal flutes signaled a stretch of Hermeto Pascoal, Helbock showing off during a solo section that passed through the Star Wars theme at the speed-of-lite. Then the trio made an Amazon rainforest funk expedition, after the style of Nana Vasconcelos, as Bär continued his journey from sousaphone to tuba to euphonium. Random/Control impressed with their blend of intriguing composer-selections and madcap virtuoso juggling, with humour and chops teetering on a knife-edge.

A completely altered experience awaited, two evenings later, with a jaunt to the Christuskirche in Heidelberg. The combination of cellist Anja Lechner and electric bassist Björn Meyer was billed as something of a dronefest, but the reality of their set was nowhere near as extreme as that description promised. Actually, this ECM duo's vocabulary was a good deal more varied in detail and dynamics, with less electronic intervention than anticipated. Their Drown The Virus performance featured light fingertipping on Meyer's guitar-bass hybrid, often dwelling in a higher range, as Lechner coaxed out a moaning grain via her firm bowing, the music swiftly accumulating in richness. Lechner may well have been droning for much of the time, but Meyer's role was to spider across his strings, making magical cascades, dispersed around the church's multi-speaker spread. The extended piece contained a multitude of micro-solos, ranging off around the perimeter, as Lechner used her cello body as an occasional percussion instrument. Due to the usage of the 'drone' word, your scribe was geared up for strongly amplified minimalist extremity, so there was a certain amount of swift adjustment needed, in the face of such mournfully melodic content. Fortunately, there was around an hour provided for full immersion into the pair's very considered sound realm.