BY EYAL HAREUVENI
February 16, 2010
Sign in to view read count 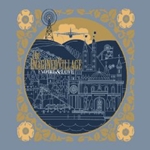 The English ensemble The Imagined Village fuses the logic of American folk troubadour Woody Guthrie who was quoted as saying "What Goes Around Comes Around." A similar inspiration and motivation drove legendary English folk bands such as Fairport Convention to reinterpret historical ballads and the Incredible String Band to delve into cross-cultural experimentation back in the late 1960s. This ensemble updates and recharges some old and surprisingly recent gems from the rich English folk songbook in a much more multicultural fashion and highly political manner with more successful results than its self-titled debut (Real World, 2007).

The 10 piece ensemble headed by Simon Emmerson, founder of the Afro-Celt Sound System and three vocalists—veteran guitarist Martin Carthy, his daughter, fiddler Eliza Carthy and second fiddler Chris Wood—along with a female sitarist, two percussionists that add North and South Indian-tinged grooves and a restrained flair of electronica. The ensemble tested their eclectic and versatile formula on the road resulting in a much more focused sound. An organic band sound remains at its core with recognizable lead singers and the charismatic services of Billy Bragg, Paul Weller, and Shiela Chandra who all appeared on their debut. Even though the traditional songs don't remain the same, their political or social message still resonates even if their lyrics refer to historical events.

Examples include Martin Carthy's chilling cover of the Napoleonic-Wars protest lament, "My Son John" ("My son John was tall and slim/He had a leg for every limb/But now he's got no legs at all/For he run a race with a cannonball"), taken to the battle fields of Iraq and Afghanistan with a beautiful strings arrangement that highlight Carthy's guitar and Sheema Mukherjee's evocative sitar lines. Eliza Carthy's playful cover of Ewan MacColl's ditty "Space Girl" is played as a straight-ahead pop song that deals with our suspicions about any kind of strangers (and not only aliens). Carthy's 1960s interpretation of the traditional "Byker Hill" boils in a festive electronic-Indian pastiche.

"Scarborough Fair" is one of the most well-known songs from the repertoire of the English folk book, thanks to Simon & Garfunkel's version (which Simon learned from Martin Carthy) and was one of The Imagined Village's highlights in recent years. But here it is modestly arranged in a way that stresses Wood's warm vocals, Carthy's meditating guitar, and Mukherjee's enchanting sitar lines. Eliza Carthy shines again in a heartfelt duet with rising folk songwriter Jackie Oates on "The Lark In The Morning." But the most surprising cover is Marin Carthy's 1970s glam-rock, Slade anthem "Cum On Feel The Noise." His thoughtful reading of the lyrics transform their meaning from a hedonistic and obviously call for partying, into a collective plea to action, especially when all the ensemble joins him in reciting the chorus.

This release is a beautiful reminder of the emotional power of these folk songs and the inventive and inspirational ways in which The Imagined Village succeeds in updating them.

About The Imagined Village