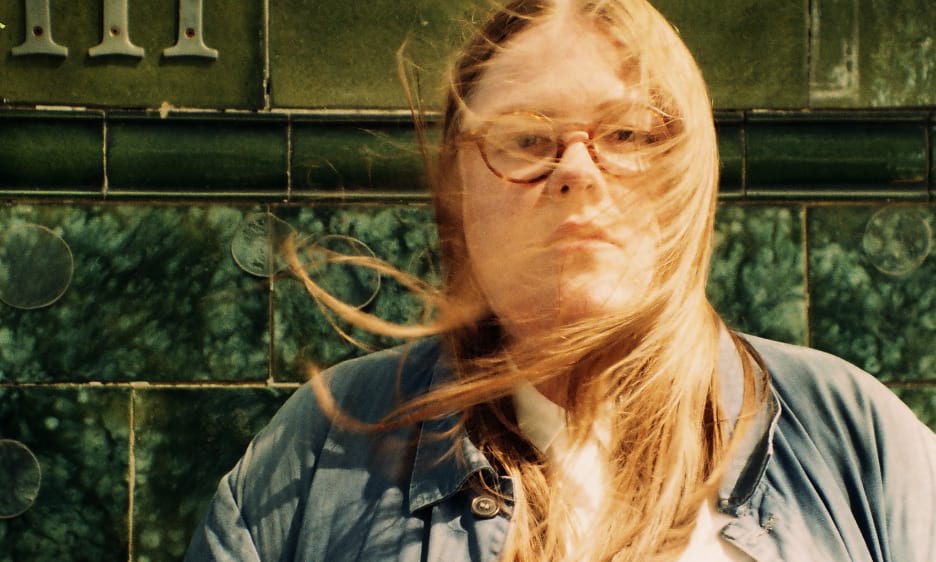 If we are all playing the stuff that comes from deep within us, and from the surrounding universe, in the purest way, then we can make the world a better place and bring everyone together as a community.
&#151Emma-Jean Thackray

Composer, multi-instrumentalist, singer, producer, band-leader, solo performer and DJ Emma-Jean Thackray is, simply put, one of the most talented and versatile young musicians around. After two acclaimed EPs (Ley Lines and Walrus), she started a collaboration with Makaya McCraven and other members of the Chicago jazz scene. Her single "Too Shy" was featured in both McCraven's Where We Come From (CHICAGOxLONDON Mixtape) and then on her own debut on the increasingly influential label International Anthem, a 12" vinyl which features a rework of McCraven's "Run 'Dem" by the prominent guru of the London scene Gilles Peterson on the B-side.

Thackray's artistic path is utterly unique, based on a complex mix of eclectic influences and a deep belief that music provides a matchless opportunity to share emotions and reflections. In this interview she shares her thoughts on music, dreams and reality.

All About Jazz: You seem driven by a desire to dissolve the boundaries that separate music genres and to let emotions flow through you and the listeners, whose perceptions become part of the creative act itself. How did you manage to develop such an open and emotional approach to music?

Emma-Jean Thackray: At this point in my life, I do not really think about the music I'm creating. I don't mean this in an ignorant way, I mean I just let myself be open and follow my instincts. I work very intuitively, but I can only do this because I have put in so much work previously. I have spent my whole life learning my craft, honing my sound, learning my instruments and learning how to compose/arrange, etc. I have taken apart every sound I have ever heard and held it within me, and I am always analysing while I listen, no matter what genre and no matter if I dig it or not.

I can pick apart the sounds and I also have absolute pitch which means I hear in numbers, I can hear the pitches of the music I listen to in real time. And I have spent so much time transcribing—everything from Miles Davis solos to Dream Theater grooves to orchestral textures—that I see the score being written out in my head as I listen. I am constantly working on all this too, learning and expanding my mind, so that when it comes to composing or improvising on stage, I do not have to think, I can just be and enter that state of "flow," and rely on my intuition.

AAJ: One could say that your music feels experimental and accessible at the same time. Is this a deliberate choice or, rather, the natural consequence of your "in the moment" approach to music?

EJT: I would say it is partly conscious and partly in-the-moment-intuition, which happens, as I mentioned earlier, thanks the previous hard practice. I have worked a lot on finding balance within my music. As I see it, music should serve three things: the body, the mind and the soul. My music should be explorative and "experimental" but it should also be grounded in groove, and I know how to craft a good melody. So maybe there are some crazy sounds in my music but they are anchored with a bass riff, or maybe there are some raw lyrics, but they are sang with a catchy melody. The "harder" stuff is easier to take in because it is balanced with other elements that are easier to absorb. It is all balanced.

AAJ: It seems that among today's younger musicians a renewed interest in improvisation and live recordings is gradually emerging. How do you see this trend?

EJT: Improvisation is very important, and despite so much manufactured and mass-produced stuff out there, whether music or food or clothes or whatever, people recognize what is more important. Plus, jazz is constantly evolving and right now there is a lot of jazz that serves groove, big tunes, club sets, with better access to it than ever with streaming and other digital channels. So jazz is reaching the populace, and the populace is waking up.

AAJ: The collaborative dimension is quite important for you. If you had to choose one artist to collaborate with, who would it be?

EJT: I am willing it into the universe that I want to work with DOOM. I have loved his flow since I first heard him, his internal rhymes and his crazy rhythms. I have transcribed his music and written his verses out for sure and I think he is madness. I have always felt a real pull to the Los Angeles beats scene, too, and the musicians connected to it, peeps like Georgia Anne Muldrow, Thundercat, Knxwledge, Kiefer, Mndsgn, and every day I mourn the collaboration that never happened with the mighty Ras G, rest in power. We talked about it but life kept getting in the way.

EJT: Artists have their own stories, and Chicago informs those guys making it a unique pocket that no other scene can touch—its own special place. But for sure there are cross overs in our stories, our influences and our approach. I am trying to make good things, and those guys are trying to make good things, too. That really nourishes things that come from the core of you. If we are all playing the stuff that comes from deep within us, and from the surrounding universe, in the purest way, then we can make the world a better place and bring everyone together as a community. We can make the world a safe space for expression by leading the way and showing everyone the bones inside us through our music. All the folks I know from Chicago, I can say from the bottom of my soul, make good things.

AAJ: The London scene has always been vibrant with certain phases being particularly prolific, like the mid-'80s with the Jazz Warriors and Loose Tubes and the musicians that stemmed from there, from Django Bates to Courtney Pine, from Iain Ballamy to the Arguelles Brothers. What are the circumstances that have led to the "explosion" of the current London scene, and how is this phase compared to the earlier ones?

EJT: First of all, big shout out to Iain Ballamy—one of my teachers when I was studying. I think it comes down to the fact that the United Kingdom is a melting pot of culture, London in particular, and we are allowing jazz to evolve and not only be informed by "pop"/dance music, but also by the folk/pop from other musical heritages, whether that is West Africa or Poland or anywhere. And indeed this has always been happening. As long as there has been jazz there has been evolution through the pop/dance of the time, it is just that now jazzers are no longer just in the jazz club; there is a greater access to it: we are being booked for big festivals, clubs, we are on the big radio stations, the streaming playlists. More people are getting to hear us and therefore more people connect with us.

AAJ: After your acclaimed first two EPs, you are currently touring across Europe. What fans can expect from you in the near future?

EJT: Next up is my journey with my new label Movementt, within the "Warp" family, and some really exciting releases/events. Everything out on Movementt will serve those three purposes: to move the body, the mind, and the soul. Music that balances the crazy with the groovy and that holds improvisation at its core yet is not part of any one genre. My new EP Rain Dance is out in March and I think the record sonically sums up what the label is about, and shows the world a lot of the ways I love to work: to play live, to produce and perform solo, to sample myself, and more. To play across boundary lines and say "fuck you" to narrow-minded genre tags. 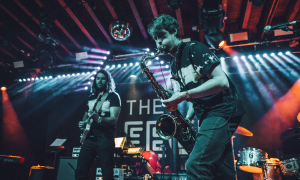 "I advance for as long as forever is"