Emma-Jean Thackray is an award winning composer, producer, arranger, instrumentalist, singer and as a recent RBMA alumni, has been described by RBMA as "one of the UK's most exciting new jazz artists", as “somewhere between Madlib and Ornette Coleman” by Djam La Revue, “one to watch” by the London Evening Standard and as “supremely talented... the sound of South London” by Sounds Of The Universe. Having trained at top UK conservatories in both jazz and composition she is pretty fucking good at loads of stuff, with acclaimed work as a producer, as a composer for large ensembles, as an arranger, a musical director, an educator, a solo performer and as a band leader with her quartet WALRUS.

2022 has arrived, and from a jazz perspective, it came right after a truly spectacular year in terms of the quality and quantity of jazz albums that were released... so the pressure is on! Mondo Jazz's New Year resolution remains the same: keep searching for the most exciting, left of center, fresh, possibly under-exposed, certainly deserving ... 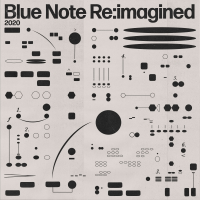 The idea—honouring Blue Note's legacy while mapping out a possible future—promises much. The actuality is a curate's egg. The sixteen artists each interpreting a classic Blue Note-associated tune are not, as the label's American publicity has it, among the London scene's “most exciting young talents." A few are, but not many. The sixteen are instead an ...

Like his near contemporaries Shabaka Hutchings, Kamasi Washington, Nubya Garcia and Robert Glasper, the Chicago-based drummer, bandleader, producer and self-declared beat scientist Makaya McCraven is routinely described by the more breathless commentators writing about modern music as a “saviour" of jazz. Certainly, McCraven and his peers are enriching jazz by their embrace of other ...