By JOSEP PEDRO
May 26, 2010
Sign in to view read count
AAJ: By that time, jazz turned into what was called jazz-rock. Miles Davis recorded Bitches Brew (Columbia, 1969) and he got really criticized for that. Do you think that jazz can form part of popular music—like it was in the '30s, '40s and even '50s—or is it more likely that it will maintain a certain elitism? 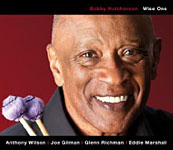 EM: No. You know, jazz is already international. The old-timers —people my age—are mostly playing bebop music. They never liked Miles. They hated Miles Davis, and that's like hating Picasso. Picasso was the same way. He changed, and he said, "I'm not gonna do this thing anymore. This is boring." Right now the world has changed, and you can hear music from all over the world. All you European people, you have history and you have your songs that are maybe three or four hundred years old. You know, folk songs. The world is like that. There's a strong West African and Middle-East influence in jazz—I'm talking about the jazz that young people play. So it will never go back to pop music. Most jazz players, especially bebop players, use the chords or the melody sometimes of songs that were really popular in the '40s or '50s, but before that they were songs. Now there's rap music! I like the beat, although I don't write music with just one chord and somebody singing nasty words, but I love the rhythm. I've got grandchildren and children that are totally into rap music.

AAJ: So if during the '30s and '40s, jazz was music for young people, has hip-hop taken that place?

EM: That's right. Although teenagers were never too much into jazz.

AAJ: Here in Europe, jazz has a certain elitist tradition.

EM: Well, in America not so much. A lot of clubs are failing because there's not an audience. There's audience for certain groups, though, like Roy Hargrove the trumpet player, and Branford Marsalis, saxophonist. That's the jazz of today. A lot of the young kids are playing really good jazz music, but they don't get recognized. Recording companies still want to push Cool Jazz. They want something that they can control, and so a lot of the clubs are not doing very well.

AAJ: After playing with so many musicians, you're now playing with Nir Naaman in what you've called Jazz Without Borders. You seem to be a very open-minded person, both in music and human terms. You really seem to appreciate different cultures and believe that they can enrich jazz tradition.

EM: Yeah! Well, it does. I enjoy playing old music and searching. I love people from other parts of the world—not just copy their music, but get the idea, talk about things and really being part of the music. I can't really be part of every language. I can barely speak English! But I can relate to their music, especially with what the younger people do. My wife and I were in Kosovo because we had a son who teaches English as a second language. That's the main reason why we're here now, to see him and his baby. By that time, he was in Kosovo and I did the same thing. I got a bunch of guys and played jazz music. I wanted to hear what they play, and their music is more like Weather Report. The pianist had gone to Berklee College of Music and he came back and formed a band, but their folk music has all these different times...six, seven, nine... 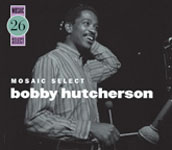 AAJ: You have combined your experience as a musician with teaching in several places including The Jazzschool in Berkeley, California. What's the best experience you get from teaching?

EM: The first thing is that I haven't thought about that in a while. I was always teaching a class and then doing a job, leaving and going to Europe or China. I couldn't really be there always, and I was a disappointment when I couldn't be there for an assignment or so. When I grew up, there were all kinds of clubs and jam sessions you could go to, and now that doesn't happen. There's hardly any small club for these kids to play, and so what I would do was that I taught a combo class. In the class, I try to make them come there with their own ideas. I would start off writing simple arrangements for quartets. I would write the music for myself without books, and they sort of like them. Then I will get them to write- -if a drummer can write music! I'd just like to have a nine-week course and see how they start and progress.

One time, my wife and I started teaching in a poor neighborhood, to children who couldn't have instruments because the older boys just stole them. I taught drums and keyboards, and Sue taught guitar and bass, and finally we had a garage band. These kids had never touched an instrument, and now they had electric instruments. They would go into the classroom, and even before they played they were: "Oh my god!" We didn't teach them how to read music, we just taught them how to play the instrument, and within a month they could play a blues. When we got them to play the first chord, E Major chord, they didn't want to go any further. With a chord, they would just start rapping!

AAJ: Finally, can you tell us something about any future projects, or would you like to add something more?

EM: Well, I'm doing this thing with Nir, and that's my private project. To make money, I work with top really good jazz players. So when I go home, I'll start playing with Bobby Hutcherson, vibe-player. We're going on tour starting next month, actually. In fact we're coming back here in June, to Barcelona and hopefully Europe. That's what I'm doing now. We've got a quartet and we have to learn the music. That's my project for the next two months.

Eddie Marshall, Cookin' for You (Songosaurus, 1997)

The Fourth Way, The Sun and the Moon Have Come Together (Harvest, 1970)