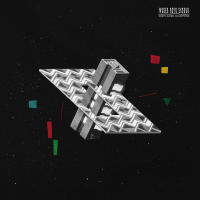 The pre-release anticipation surrounding drummer and producer Moses Boyd's Displaced Diaspora was a sure sign that the cultural revolution that has reset London's jazz world over the last three years has bedded itself firmly into the architecture. Not because the album is a newly recorded set—but because it is not. The disc is a selection of tracks Boyd played on and produced during 2015. When an audience can be as excited as Boyd's is, at the time of writing in autumn 2018, by the release of three year-old archive material rather than box-fresh items, you can be certain that something deep has happened.

Boyd has played a central role in the emergence of the new London scene, both as a producer—most notably of singer Zara McFarlane's uplifting celebration of the music of the city's Caribbean diaspora, Arise (Brownswood, 2017)—and, with saxophonist Binker Golding, as co-leader and co-producer of the ferocious semi-free group Binker and Moses. The band's three albums—Dem Ones (2015), Journey To The Mountain Of Forever (2017) and Alive In The East? (2018), all released on Gearbox—are high water marks in the development of the scene.

Displaced Diaspora revisits recordings made at the same 2015 sessions that produced Boyd's jazz / electronica / hip hop mash-up "Rye Lane Shuffle," the Four Tet and Floating Points-mixed 12" single that shook up London dance floors in 2016 (and which has gone on to fetch large sums on the second-hand market). "Rye Lane Shuffle" is included here along with its flipside, "Drum Dance." Other tracks feature scene cadre-members McFarlane, saxophonist and bata player Kevin Haynes and his Grupo Ellegua, trombonist Nathaniel Cross, who arranged "Rye Lane Shuffle," saxophonist Nubya Garcia, tubaist Theon Cross (from Shabaka Hutchings' Sons of Kemet), and keyboardist Joe Armon-Jones. Sons Of Kemet's Your Queen Is A Reptile (Impulse!, 2018) and Armon-Jones' Starting Today (Brownswood, 2018) are cornerstones of the reforged London jazz along with Arise and the Binker and Moses albums.

Following this highly recommended rewind from Boyd, a bunch of newly recorded albums is scheduled for release in London in autumn 2018. The first two feature bands also led by drummers / percussionists. Next up is percussionist Sarathy Korwar & Upaj Collective's breathtaking Indo-jazz double-disc live set, My East Is Your West (Gearbox). That will be followed by drummer Jake Long's spiritual-jazz septet Maisha's sublime studio-debut, Welcome To A New Welcome (Brownswood). Watch this space.