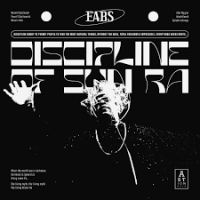 Poland's future-jazz collective EABS brightened up summer 2020 with Erozje (Astigmatic), made by a breakout quartet going under the name Bloto. Those musicians—keyboardist Marek Pedziwiatr, saxophonist Olaf Węgier, electric bassist Pawel Stachowiak and drummer Marcin Rak—return to the mothership for Discipline Of Sun Ra, EABS' fifth studio album, on which they are joined by trumpeter Jakob Kurek and percussionist Spisek Jednego.

Poland has form as a crucible of world class jazz stretching back to the mid 1950s and the singular composer and pianist Krzysztof Komeda, who is still a revered figure in the country. EABS' sophomore album was Repititions (Letters To Krzysztof Komeda) (Astigmatic, 2017). On their latest album, the band pay tribute to another gamechanger, this time from the US (or as Sun Ra himself would have it, from Saturn).

The seven pieces which EABS revisits on Discipline were, according to Chris Trent's discography in his and Hartmut Geerken's authoritative Omniverse Sun Ra (Art Yard, 2015), all first recorded by Ra between 1956 and 1979, and are programmed on the album in more or less chronological order. The material remains recognizably Ra, but the arrangements are fresh hewn and take note of such (almost) post-Ra styles as hip hop and Chicago juke, while also embracing 1950s hard bop.

EABS is a tight unit and each player has chops, but the most consistently interesting soloists here are Marek Pedziwiatr and Olaf Wegier. Pedziwiatr's dreamy takes on "Interstellar Low Ways," frequently returned to by Ra, and "Trying To Put The Blame On Me," which he only recorded once, are highlights. On the first, Pedziwiatr focuses on synths, on the second, the grand piano. Highlights too are Wegier's robust tenor solos on the hard boppish "Brainville" and the hip hop-meets-skronk "Discipline 27," where Pedziwiatr gets positively apocalyptic. (Also of interest: Sun Ra and the Arkestra's Live In Kalisz 1986, a close encounter recorded at the Polish city's jazz festival, released in 2019 on Lanquidity).

Brainville; Interstellar Low Ways; The Lady With The Golden Stockings (The Golden Lady); Discipline 27; Neo-Project #2; Trying To Put The Blame On Me; UFO.