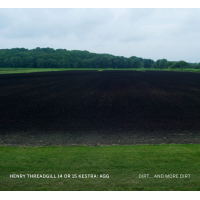 One of only three jazz musicians to win a Pulitzer Prize in Music, for his 2015 Pi Recordings release In for a Penny, In for a Pound, Henry Threadgill is the avant-garde member of a triumvirate that includes the mainstream in Wynton Marsalis and free jazz with legend Ornette Coleman. A musical illusionist, Threadgill can create a scope of orchestration that is disproportionate to the size of its source. He can generate tremendous power and emotion without pyrotechnics or mawkishness, as he does on Dirt... And More Dirt.

An early member of the Association for the Advancement of Creative Musicians (AACM), Threadgill has been a dedicated proponent of non-conventional composing for all of his career, once inadvertently risking his life for his art. As a recruit in 1967, Threadgill incorporated his own arrangement for a traditional performance of an Army Concert Band; the military brass were so outraged that Threadgill was shipped to the front lines of Vietnam the next day.

The 14 or 15 Kestra: Agg is a new collective for Threadgill but includes personnel from his Very Very Circus, the long-running Zooid, and Ensemble Double Up. A notable addition to Threadgill's revolving commune is trumpeter Steph Richards whose recent Fullmoon (Relative Pitch Records, 2018) marked her solo debut.

Here, with a fifteen-member ensemble, Threadgill executes in both precise cuts and broad swaths across the two multi-part suites of the title. Bassist Thomas Morgan carries the opening minutes of "Dirt—Part I," later to be joined by David Virelles' harmonium. Virelles then moves to piano, Liberty Ellman—doing double-duty as producer—joins in on guitar and a wider assortment of players closes the piece out. It's a slow build but not a formula that Threadgill is married to. The brief "Dirt—Part II" is a piano solo and "Dirt—Part III" is primarily a horn-based entry. "Dirt—Part IV" brings together a larger contingent of the ensemble with trumpeters Richards and Jonathan Finlayson standing out along with dual percussionists Elliott Humberto Kavee and Craig Weinrib. When we finally arrive at "And More Dirt -Part I," the trademark Threadgill approach has fully evolved, winds, brass; strings and percussion weaving complex passages through an aural labyrinth that defies description.

The program encompasses fluid chamber compositions that have their roots in a peculiar synthesis of Latin, folk and ethnic influences. There are accentuated solos, family assemblages and ensemble playing, but no method dominates the suites. Opulent harmonies, a spectrum of shades and experiments connect in byzantine groupings that convey a mass of sensations, open to interpretation. Dirt... And More Dirt is being released simultaneously with Threadgill's Double Up, Plays Double Up Plus which adds a third piano to the original Double Up line-up but is an album on which composer Threadgill himself does not perform.