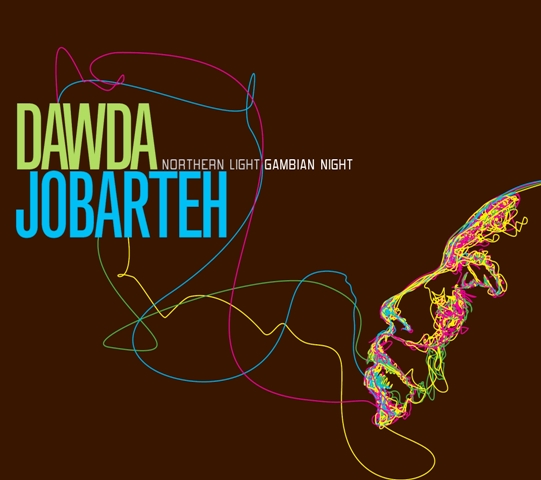 As the Gaddafis, Assads, Kim Jongs and other poisoned bloodlines (how long have you got?) remind us, dynastic succession is usually bad news. But in African music, bloodlines are benign: from childhood, a musician learns his art from a family elder and goes on to conserve, and possibly extend, the style into which he has been initiated. Among the continent's traditional musicians, dynastic succession is so widespread that it is the norm. It even, though less frequently, reaches into modern, electric styles, as demonstrated by Afrobeat originator Fela Anikulapo-Kuti's bandleading sons, Femi and Seun.

West African musical heritages do not get weightier than the one to which Gambian kora player Dawda Jobarteh belongs. His grandfather was Alhaji Bai Konte (1920-83), who was to the kora what Ravi Shankar is to the sitar. Bai Konte was the first kora player to take the instrument to the US, performing there in the early 1970s, and, more than that, his recordings remain the benchmark against which younger players are measured. Between grandfather and grandson are Jobarteh's father, Amadou Bansang Jobarteh, and his uncles Malamini Jobarteh and Dembo Konte, each a distinguished player.

Dawda Jobarteh, however, gives tradition a twist. Born in 1976, he learned music at the feet of uncle Malamini, but playing the calabash, and acquired his own kora only after relocating to Denmark in 1999. By geography and inclination—Jobarteh is active on the Danish jazz, world and avant-rock scenes—he is both part of and apart from roots kora music. His grandfather can be heard in his filigreed runs and serene melodicism, but a lot of other things can be heard, too.

Northern Light Gambian Night, Jobarteh's first disc as leader, presents him leading a five-piece lineup of African and Danish players, augmented by around twenty guest musicians. These include, from singer Salif Keita's band, backing vocalists Maria and Marie-Line Marolany, and, from the world/fusion nexus of guitarist John McLaughlin and keyboardist Joe Zawinul, electric bassists Etienne Mbappe and Linley Marthe and flautist Shashank Subrinayam. The album was recorded in Denmark, with the sole exception of the closing track, "Tabara," a duet between Jobarteh and fellow kora player Toumani Diabate, which was recorded in Mali.

The album evokes not only the uplifting ambiance of Alhaji Bai Konte's recordings of the 1970s, but also the stately and amiable electric music played by Senegambian bands such as Orchestra Baobab during the same period, at the tail-end of West African music's post-independence belle époque. On the five tracks featuring Maria and Marie-Line Marolany, the rich vocal arrangements are also reminiscent of the world/fusion innovations of Toure Kunda in the 1980s.

Like the music made by these earlier artists, Northern Light Gambian Night is elegant, full of good tunes and of a generally sunny disposition. Traces of Senegambia's brasher mbalax style, which became dominant in the early 1980s under bandleaders such as Youssou N'Dour, are heard, but only fleetingly and mainly in Salieu Dibba's sabar and tama drums. In his vocals, which are as warm and lustrous as his kora playing, Jobarteh eschews mbalax's fiercer edge.

The recording is a gorgeous synthesis of the old and the new and the African and the non-African, and no small part of the credit is due to Preben Carlsen, Jobarteh's Danish guitarist and co-arranger. Carlsen can get down in a dirty, post-Jimi Hendrix fashion when he wants to—as he does alongside Jobarteh's electric kora on "Dinding Do," one of the more extrovert tracks on the album—but mostly his playing resonates with the liquid style of Orchestra Baobab guitarist Barthelemy Attisso. Saxophonist Jakob Dinesen, who guests on three tracks, has got his head round Baobab too, in particular its tenor saxophonist, Issa Cissoko. Carlsen and Dinesen touch on the Senegambian belle époque convincingly, making it their own rather than simply reciting its tropes.

The bloodline in Pyongyang is one thing. Dawda Jobarteh's inheritance is something else. Balm for the soul, and highly recommended.