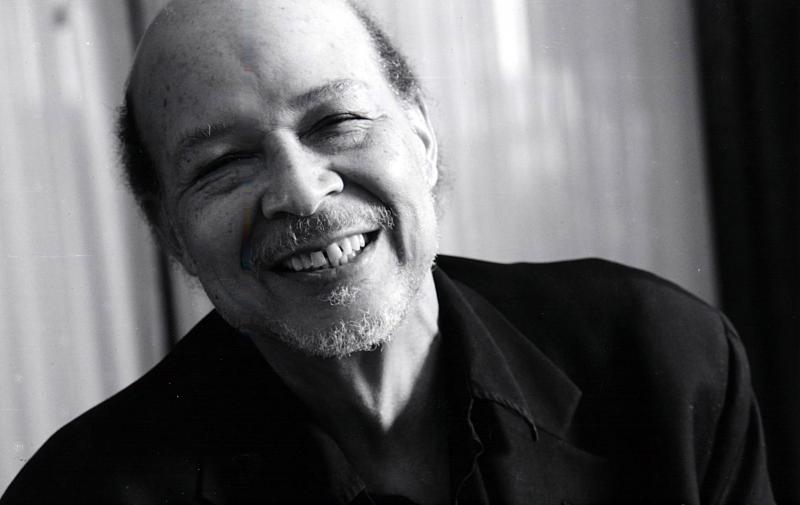 Dave Burrell is an iconic jazz pianist and composer with long time connections to the avant-garde. Ohio born and bred, he started performing in the 1960s and has been going strong ever since, pushing the envelope of jazz expression and piano technique, inspired by his collaborations with the likes of Pharoah Sanders, Archie Shepp, Byard Lancaster, David Murray, and William Parker. Five years ago, he was commissioned by the Rosenbach Museum to compose and perform a series of concerts commemorating the sesquicentennial of the Civil War to accompany their extensive historical document collection. For this purpose, Burrell's wife, the poet Monica Larson, wrote historical-related poems that the two intend will eventually form the libretto for an opera. Burrell composed music that includes both full scores and improvisation, vocalists, instrumentalists (notably, in a previous concert, trombonist Steve Swell, and always with Burrell himself at the piano. Like the title of Leonard Bernstein's Norton Lectures, derived from a work of Charles Ives, "the unanswered question" posed by this music is whether it can be effectively rendered by any other pianist than Burrell. Few, if any, pianists possess his improvising technique and range of expression. That may determine how often this music is performed in the future. The performance was, however, recorded, which is the primary way music is preserved today in any case.

The current concert was the fifth in the series and consisted of three pieces dedicated to Abraham Lincoln and the end of slavery. The concert was in three movements, beginning with "Ode to a Prairie Lawyer," inspired by Lincoln's formative years in the state of Illinois, "Long Time Coming," a solo piano gospel/blues composition from the perspective of a freed slave, and "Homage to a Martyr," a dramatic portrayal of Lincoln's assassination followed by a funeral dirge and a passionate homage to the man who reunified his country and brought an end to slavery. This is an eclectic work including elements from the full spectrum of American music: jazz, classical, folk, and gospel, woven into a passionate, coherent score that, because it involved improvising, came into full flower in the "here and now" of the performance itself. Esteemed singer Veronica Chapman-Smith rendered Larson's lyrics with the heat, sorrow, and at times utter devastation of this classic American story ending in the cold-blooded murder of the beloved president of the Emancipation Proclamation. In many ways, it was an expression of cultural diversity, Burrell an Ohioan, Larson from Sweden, and Chapman-Smith an African American.

"Ode to a Prairie Lawyer" took us through Lincoln's youth and early career, using images of the prairie to convey his long strides along the "trails" of his life and his evolving sense of the injustices of the world around him, especially the blight of American slavery. Chapman-Smith beautifully articulated Larson's free verse lyrics in the manner of the great American song cycles such as those of Samuel Barber and Ned Rorem. Burrell played behind her with alternating reflective introspection and furious, power-driven passages, emphasizing the lower registers. The frequent return to the bass lines seemed to capture the heroic nature of Lincoln's life and the incalculable tragedy of slavery.

"Homage to a Martyr" evoked the horror of Lincoln's assassination, including a psychological portrayal of evil manifest in John Wilkes Booth's sense of triumph as he leaped from the balcony of Ford's Theater shouting "Sic Semper Tyrannus," ("Thus always to tyrants!") Chapman-Smith powerfully rendered Larson's gut-wrenching words, and the movement culminated in a funeral dirge that rivaled the slow movement of Beethoven's "Eroica" Symphony in conveying the death of a heroic figure.

Once again, Dave Burrell has shown that there is no sharp dividing line between jazz, classical, folk, and world music. He has given us a composition that incorporates all these elements and more. Gunther Schuller's "Third Stream" isn't quite the word for it. His music is well-described by a quote from the Buudhist text Prajnaparamita: "When the perfect wisdom is first seen, a new perception comes into being that does not depend on any structure. The great quest of the seeker now blossoms as various vast and mysterious doors swing open at the mere touch of the new perception.' This music will eventually take its place among the great works of the modern American repertoire.