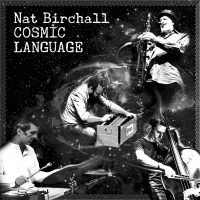 Spiritual jazz resonates most deeply during times of social stress and turmoil. It was, after all, created by African American musicians who were engaged with the civil rights movement in the 1960s. Later given the alternative description Afrofuturist jazz, the music had one foot planted in science fiction-inspired magical realism and the other in black consciousness-inspired social activism. The balance varied from musician to musician, but even the most magical realist among them—a grouping which would include Alice Coltrane, Pharoah Sanders and the movement's precursor, Sun Ra—were explicit about the need for societal change. Boy, do we have social stress and turmoil to deal with in 2018. So it is no surprise that the audience for spiritual jazz is growing. Kamasi Washington goes from strength to strength in the US and Europe, and he is far from alone. Emanative's Earth (Jazzman, 2018), Nicola Conte & Spiritual Galaxy's Let Your Light Shine On (MPS, 2018), Azar Lawrence's Elementals (HighNote, 2018), Idris Ackamoor & The Pyramids's An Angel Fell (Strut, 2018), Denys Baptiste's The Late Trane (Edition, 2017) and Alina Bzhezhinska's Inspiration (Ubuntu, 2018)—all reviewed on these pages—are just some of the recent highlights. To which we can add Cosmic Language by Nat Birchall. The British saxophonist has been recording gloriously uplifting music since 1999, when he self-released his debut album, The Sixth Sense, a hard-bop tinged affair which contained, in tracks such as the two versions of "Helix Nebula," clear pointers to his future direction. (One of the guest saxophonists on "Helix Nebula 2" was Tony Kofi, who helped Alina Bzhezhinska put together the band featured on Inspiration). It took Birchall a decade to come to wider attention, with the release of the early masterpiece Akhenaten on Birchall's occasional collaborator Matthew Halsall's Gondwana label in 2009, and since then he has released another seven outstanding albums. The only thing preventing Cosmic Language being described as Birchall's best album to date is a wish not to diminish its predecessors with such a comparison. Let us just say it is a treasure of flawless beauty. As on all Birchall's albums since Akhenaten, his key foil is pianist Adam Fairhall—although on this occasion, Fairhall has swapped the piano for a harmonium. It is a fruitful move, for, while the harmonium precludes Fairhall's sweeping glissandi and expansive two-handed solos, the instrument sits in Birchall's music as perfectly as the tamboura did in Alice Coltrane's, providing a similarly grounding drone when required. Using the harmonium prompted Birchall and Fairhall to revisit "A Prayer For," first heard on Akhenaten, and the new version is a delight, with Michael Bardon's arco bass solo enhancing the Hindustani vibe. Bardon joined Birchall for 2016's Creation (Sound Soul & Spirit), making him the newest recruit to the current band. The core quartet on Cosmic Language is completed by the fine drummer and percussionist Andy Hay, who was first heard on 2011's Sacred Dimension (Sound Soul & Spirit). Cosmic Language deserves to figure near the top of 2018's best albums of the year lists and is certain to transport listeners for a long time beyond that.

Man From Varanasi; Humility; A Prayer For; Dervish.