Alina is one of the most exciting and dynamic harpists based in the UK. Her imaginative programmes have established her reputation as a harpist of exceptional accomplishment. She has had the honour of playing at European Parliament, at the Queen’s 80th-birthday celebrations at Balmoral Castle and at the King of Thailand’s birthday celebrations in Bangkok.

Alina studied at the F. Chopin Academy of Music in Warsaw, Poland (Masters in Arts), and The University of Arizona, USA (Masters in Music Performance). She has performed with many major European orchestras including the Young World Symphony Orchestra, the National Opera in Warsaw and the Scottish Opera.

Continuing her career in London, Bzhezhinska has become one of the most innovative international jazz harpists. She has collaborated and recorded with leading jazz musicians: such as Django Bates, Miguel Atwood-Ferguson, Niki King and Henry Wu. Alina’s London appearances include Shakespeare’s Globe Theatre, live on BBC Radio 3, the London Jazz Festival and the London Film Festival. Her duo with award-winning jazz vocalist Niki King performed as a support act for Gregory Porter.

Alina is a harp tutor at the Royal Conservatoire of Scotland and Goldsmiths University, London.

She is also very passionate about charity work and actively collaborates with Ukrainian organisation Initiative E+.

Jazz In The Round: A Gift For Ukraine 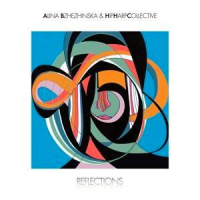 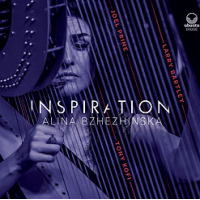 All About Jazz musician pages are maintained by musicians, publicists and trusted members like you. Interested? Tell us why you would like to improve the Alina Bzhezhinska musician page.