BY KARL ACKERMANN
August 17, 2011
Sign in to view read count 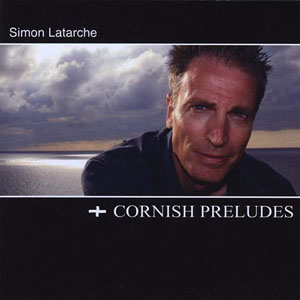 Simon Latarche has produced an out of the ordinary set of jazz-based preludes, based on his own academic pursuits of Bach, Chopin and Debussy's approaches to the form. The resulting Cornish Preludes is a terrific collection from the UK-based composer/pianist/educator's Jazz Ensemble. Latarche's compositions are a near perfect combination of lyricism and improvisation, and the ensemble provides finely knit support to Latarche's considerable talents as a pianist.

"The Endless Journey" begins the set with a traditional swing beat, quickly moderated with a fine alto solo from multi-reed player Paul Haywood, segueing into Latarche's first solo of the set. "Song For Abi" follows, with Latin undercurrent and an amiable solo from flutist Sarah MacDonagh. By the time of the funky "One For The Bishop's"—the third of Cornish Preludes's twelve tracks, featuring Latarche on Fender Rhodes and a standout solo from Haywood, on tenor—it's clear that the composer's expertise is not limited to any particular style.

On paper, Cornish Preludes may seem to possess a menagerie of approaches, and there is no doubt that Latarche is an opened-minded arranger, also including a combination of samba and bolero on "The Spanish Are Coming," and the closer, "Bonemimori," a beautiful solo piano piece. Drummer Terry Rodd assumes a background position throughout most of the collection, but his subtle work often guides the development of the pieces. Cornish Preludes handles its diversity of music with a sense of elation and refinement.

The Endless Journey; Song for Abi; One for the Bishop's; Tregousae; Up on the hilltop; Eclipse; Tresillian Bridge 1646; The Boys of Trebah; The Spanish Are Coming; A Splash of Cobalt Blue; Cousin Jack's Bash; Bonemimori.