BY NICOLA NEGRI
September 5, 2016
Sign in to view read count 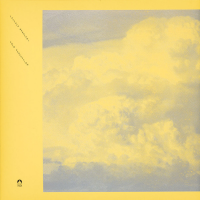 Percussionist Tatsuya Nakatani moved from Japan to the U.S.A. in the mid 1990s, and since then he has worked with many important jazz and free improvisers, both historical figures like Peter Kowald or Fred Van Hove, and younger musicians like Ingrid Laubrock and Mary Halvorson. A specialist of the solo set, he builds his own instruments and employs original techniques to suit his particular style, blending an avant-jazz sensibility with the sense of space and laconic beauty of traditional Japanese music.

Released as a limited edition LP by the vinyl-only label Taiga, Confirmation is a fascinating album, in which Nakatani explores texture and timbre more than traditional rhythm patterns, with an unusual attention for subtle, carefully modulated dynamics and a firm sense of structure that creates an engaging narrative dimension. The two sides develop along similar trajectories, building rich ambient soundscapes that unfold in diverse episodes linked by a strong compositional logic. Austere, dark sections that often remind of contemporary classical music are contrasted by frenetic explosions of energy that point towards free jazz and noise, always focused on the incisiveness of musical gesture. Working with an arsenal of different percussions—a traditional drum kit augmented with gongs, singing bowls, bells, sticks and small metal objects—Nakatani shows an impressive command of alternative techniques, effectively employed to achieve unexpected effects: by scraping the drum skins with small cymbals he shapes tonal excursions that have the contours of an Albert Ayler solo; his expert use of multiple bows on gongs and metal sheets provides complex layers of different pitches and timbres that create a disorienting, dense wall of sound.

Special mention for the beautiful packaging, typical of Taiga releases; in this case a 200g red vinyl record housed in a custom heavyweight yellow paper jacket with metallic silver and black foil stamping, the cover depicting dense cloud formations that mirror the complex, mysterious character of the music within.