By DAN BILAWSKY
February 20, 2013
Sign in to view read count 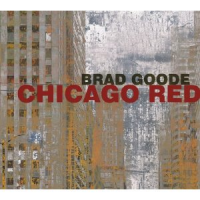 Trumpeter Brad Goode may be approaching a decade spent in Boulder, Colorado, but his heart will always belong to Chicago. Goode was born in The Windy City and, though the twists and turns of life took him elsewhere, he returned there to do his master's degree at DePaul University and launch his career. He held court at the legendary Green Mill from the mid-'80s through the late '90s, holding down a weekly gig that would often find hometown heroes like saxophonist Von Freeman joining him, and he recorded and released his first recordings while living in this Midwestern musical mecca.

A quarter century has now passed since that man—who came to be known as "Chicago Red" or "Little Red Rodney"—first staked his claim with Shock Of The New (Delmark, 1988), and a lot has changed for him over those years, but he continues to push boundaries by mixing the old and the new. Back then, he was taking liberties with the tried-and-true bop and hard bop music that he had become associated with, but these days he's using Miles Davis-influenced funk as a foundation for his polytonal experiments. On the surface, some of these songs just sound like twenty-first century updates on what the trumpeter was toying with in the '70s ("What Happens In Space City"), but a deeper listen reveals layers of contrasting chords that work in unexpected ways. Goode's writing helps to create a harmonic rub between members of the band, who are seemingly working in different environments but, in actuality, lining up in curious yet fitting ways. The layman may just hear it as some long-form tension strategy—à la Davis back in the day—but this music is actually codified, stratified construction.

A good deal of these pieces could be dubbed "dark jazz trance funk," as cycling chords and steady grooves inform the work, but Goode's music isn't that simple, as one listen to his quirky take on "St. Louis Blues" makes clear. Bill Kopper's sitar and Rony Barrak's hand drums merge with the leader's trumpet to create an East-West hybrid that's surprisingly tasty. Another shocker is Goode's lyrical turn when he visits the world of opera (Leoncavallo's "Vesti La Giubba"). The remaining eight tracks are original numbers that give the trumpeter a chance to tinker with his formula(s). One number might push the envelope on the dissonance/experimentation meter ("Cats In The Yard"), while another lets the idea of groove development carry greater weight than polytonal playfulness; but they're all different sides of the same persona.

Goode may have left Chicago a long ways back, but that city's lust for experimentation and the new in jazz still reside deep in his being. Chicago Red serves as a reminder that one of that city's favorite trumpet sons is still out there, making music that appeals to the mind and the ears.