By IAN PATTERSON
January 13, 2015
Sign in to view read count 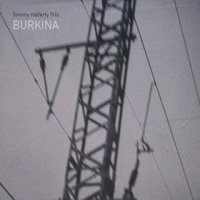 Veteran Irish guitarist Tommy Halferty has played in numerous settings over the past four decades, from duos with Stephane Grappelli, John Abercrombie and John Etheridge to small ensemble forays with the likes of George Mraz, Lee Konitz and Benny Golson. Perhaps it's in a trio format, however, where Halferty feels most at home, crafting notable collaborations with John Wadham and Ronan Guilfoyle in the early 1980s, with Guilfoyle and Keith Copeland in the 1990s and with Jean Philippe and Christophe Lavergne for the past twenty five years. Here, Halferty's latest trio incarnation pits him with two of Dublin's best in Kevin Brady and Dave Redmond on a highly enjoyable set that balances power and nuance, freedom and form.

The in-the-moment energy and live feel of the session is no doubt due to the single day of recording required to nail down the music. Slap dash, however, this is not. All three musicans had a hand in the production and mastering was done in Munich, resulting in superior sound quality whilst maintaining the raw edge more usually associated with a live recording. The music covers a variety of tempos and styles, with African, Iberian and blues tones flavoring what is largely straight ahead fare.

On mid-tempo tracks "Algiers La Blanche" and "Norma and Kenny" Redmond's swinging bass—alternating between grooving motifs and probing runs—and Brady's inventive drive spur Halferty to gutsy extended improvisations that nevertheless champion melody. The latter track is an ode to Norma Winstone—with whom Halferty performed on Irish gigs in 1993—and the late Kenny Wheeler. Halferty turns to one of Wheeler's most consistent collaborators—and a likely source of personal influence—on Abercrombie's "Paramour"—an acoustic ballad where Brady's brushwork underpins the playful lyricism of bass and guitar. The other acoustic ballad, "One for Annie" follows a similar blueprint though has more of the feel of a slow waltz.

The trio edges its way slowly into "D42" before lively brushes and a springy bass motif steer Halferty into an African-flavored canter. A ruminative, James Blood Ulmer-esque passage slows the pulse before the trio kicks on—Brady now on sticks—with Halferty and then Redmond displaying tasteful chops. Redmond switches to electric strings on the boppish "Airflight" and the slow, blues-funk of Paul McCartney/The Beatles' "She's a Woman." On the latter, Halferty's fuzz-toned, African filter evokes a grungy John Scofield.

Elsewhere, Halferty on rakish acoustic goes toe to toe with Brady on the Latin-tinged sweat-breaker "Jala a la Monunuo." Still on acoustic, Halferty leads from the front on "Now I Know"; subtly buoyant bass and propulsive brushwork accompany the guitarist as he moves from caressing lyricism to fleet improvisation that juggles chords and single note lines.

This trio has been together over four years and it shows in the empathetic interplay. The deft use of space, the smooth changes of gear and the excellent musicianship all add up to a fine lesson in the art of the jazz guitar trio.