Stephane Grappelli (originally surname was spelled with a 'Y') would have earned himself a place in Jazz History books if only for his important role in the Quintette of the Hot Club of France, featuring the dazzling virtuosity of Django Reindhart. Grappelli's violin was the perfect foil to Reindhart's guitar in this piano-less group. Fired by Reindhart's tremendous rhythmic powers, Grappelli's contributions to recordings by the Quintette like Lime House Blues, China Boy and It Don't Mean A Thing (all 1935) and Them There Eyes, Three little Words and Swing '39 (these latter three tracks from 1938-39) were admirable in their execution. Occasionally Grappelli would play piano, as when harmonica virtuoso Larry Adler recorded with the group in 1939, the year when Reindhart and Grappelli, violin, recorded (with delightful results) as a duo (all Django Reindhart). Grappelli born (1908) and raised in Paris was involved with music at a very early age

The Roma: The Roots of Flamenco, Gypsy Jazz, and Miles Davis' "Sketches of Spain" 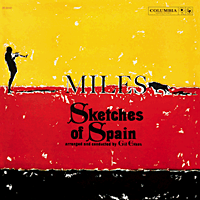 In 1959, a magical year for jazz albums, Miles Davis, inspired by some flamenco performances he had heard, recorded Sketches of Spain (Columbia, 1960) at Columbia's 30th Street studio. Half of the album is a beautiful orchestral interpretation of the classical guitar piece “Concierto de Aranjuez," written twenty years before the Davis recording, by Joaquin Rodrigo, ...

All About Jazz is celebrating Stephane Grappelli's birthday today! Stephane Grappelli (originally surname was spelled with a 'Y') would have earned himself a place in Jazz History books if only for his important role in the Quintette of the Hot Club of France, featuring the dazzling virtuosity of Django Reindhart. Grappelli's violin was the perfect foil ...

ACT Music released this exceptional concert recording four years to the day after the February 19, 2017 death of 73-year old master guitarist Larry Coryell. The album documents a sensational set Coryell played with the equally skillful Belgian guitarist Philip Catherine at the Berlin Philharmonic. The event was an unplanned but fitting conclusion to their series ...

From the 1995-2003 archive: This article first appeared at All About Jazz in October 1999. Willie Nelson is a man of the people. In a single night (the night of this interview), I witnessed Willie sign more autographs and shake more hands (genuinely) than Al Gore has through his entire two terms as Vice ...

All About Jazz is celebrating Stephane Grappelli's birthday today! Stephane Grappelli (originally surname was spelled with a 'Y') would have earned himself a place in Jazz History books if only for his important role in the Quintette of the Hot Club of France, featuring the dazzling virtuosity of Django Reindhart. Grappelli's violin was the perfect foil ...

Imitation is often said to be the highest form of flattery, but independent inspiration forged into similar styling is a much higher art. That's the case here with guitarist David Broza, whose admiration for flamenco icons led to a marvelous album holding many delights. After living in Spain during some of his teenage years, ...