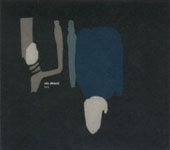 As cool as the fjords of Norway, the sound of the Hardanger fiddle evokes images of vast vistas, rocky terrains and untarnished skies. The sympathetic strings that run underneath those played with a bow create additional overtones that are further enriched by the traditional style of playing the instrument, which involves a moving pedal tone drone over which melodies are layered. While its roots in the traditional music of Norway—a style that has remained essentially unaltered by cultural change and foreign influence—are unassailable, there are artists who are working to move the instrument and the music forward into the new century. One such artist is Nils Økland who, with his third release and the second for Norway's Rune Grammofon label, has stepped away from tradition and composed all the music himself. Bris reflects a clear understanding of his roots, while reaching out into more exploratory territory to give the music new life and a modern context.

Stark, and with a raw edge that is light years away from the more romantic tendencies of the Hardanger fiddle's cousin, the violin, Økland's playing and writing reflects solitude, even desolation. While Sigbørn Apeland's harmonium adds an occasional touch of warmth, the more textural percussion of Per Oddvar Johansen—known to fans of the ECM label for his work with Norwegian saxophonist/composer Trygve Seim—and Håkon Stene, coupled with the occasional low tones of Mats Eilertsen's bowed bass, do little to temper the feeling of isolation and melancholy that the music evokes.

There are moments of haunting beauty—"Blond Blå," with its simple changes and singing melody being one example—but for the most part, this is music that creates an overriding sense of sadness and loss.

And yet, as much as Bris mines emotions that many might prefer to avoid, it remains a compelling work, one that mysteriously manages to draw one into its bleak universe. Økland, who is also featured on more conventional violin, viola and the viola d'amore—another instrument that uses sympathetic strings underneath the bowed ones to create sympathetic harmonies—plays with an unbridled edge that remains constant, regardless of the instrument. And his compositions, as much as they are undeniably rooted in the folk music tradition, demonstrate elements of coarser freedom that give them a sound somehow curiously ancient and, at the same time modern—ageless, really.

Bris is the kind of album that, with its darker edge and unschooled approach, might reserve itself for specific times and moods. And yet, as austere as it can be, there's also a subtle beauty about it, a hidden lyricism that harkens to a simpler life, freed from the clutter that occupies the lives of most of its audience. Strangely distant yet completely engrossing, Bris is an album that, most importantly, continues to reveal new experiences with each listen.