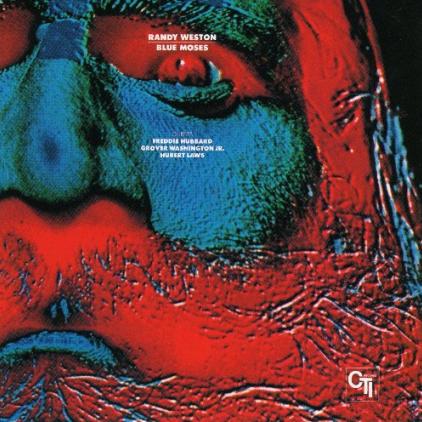 Brooklyn-born, six-foot-seven octogenarian pianist/composer Randy Weston has literally been a larger-than-life jazz force for six decades: his percussive pianism was forged from a distinguished keyboard continuum, ranging from Duke Ellington and Thelonious Monk to John Lewis; his "Little Niles" and "Hi-Fly" are well-worn jazz standards; and the pianist may well be the greatest exponent of the African roots of America's classical music. Weston lived in Morocco in the 1960s and '70s, opened a jazz club there, and was virtually a one-man jazz ambassador—particularly to the enigmatic Ganawa (also spelled Gnawa), a black brotherhood of healers that claims ancient Egyptian ancestry, and performs mysterious, trance-like and color-based music, mostly on the three-stringed guimbree and the castanet-like kokobars. All of which inspired this riveting 1972 recording, Weston's best-selling disc, finally reissued for the first time on CD, during CTI's fortieth anniversary in 2011.

In many ways, this is a typical Creed Taylor-produced date, with woodwinds beautifully arranged by Don Sebesky; Rudy Van Gelder's excellent engineering; and a seasoned array of sidemen/soloists, including Weston's percussionist son, Azzedin. What makes this date so special is that it is the only time Weston recorded on the electric piano. "Creed Taylor insisted that the only way he would agree to do the date was if I played ... Fender Rhodes piano, but I really wanted to make this record," Weston wrote in his autobiography. And in this case, Taylor was right. Weston's spare and sumptuous sustain on the instrument is breathtaking, and what the jazz landscape would have been, had he continued playing it, can only be imagined.

Three of the four tracks on this date are not in heavy rotation in Weston's current repertoire, but they do highlight his magnificent synthesis of Morocco's Afro-Islamic culture. "Ifrane" and "Marrakesh Blues" are 4/4-waltz numbers, contrasted by the spectral, slow-tempoed "Night in Medina," laced with Airto Moreira's Amazonian cries, which lead to a conclusion that flirts with atonality. But the centerpiece of the recording is the thirteen-minute title track, which is an English translation of "Sidi Musa"—Ganawan for "Blue Moses"—with blue being Musa's designated color. Flautist Hubert Laws, trumpeter Freddie Hubbard and tenor saxophonist Grover Washington Jr. swing sublimely and straight-ahead on the shifting and syncopated sands laced by Sebesky's anthemic horns, punctuated by Weston's succinct, soulful and seductive keyboard colors, which is why the composition remains a crowd-pleaser to this day.

This recorded gem highlights how Weston's excursion to the Motherland created a reverse Middle Passage, where black musicians on both sides of the Atlantic could conjure up old and new African musical dreams.