By Derek Taylor
December 1, 2002
Sign in to view read count 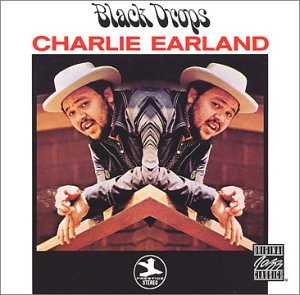 “The Mighty Burner” isn’t the kind of moniker bestowed on just any man. Charles Earland earned it by cultivating one of the grittiest and greasiest organ attacks of the early Seventies. His skills behind the B-3 are in full effect on this smoldering slab of fusion-laced funk from '70. Regular sidemen like Pruden and Jones take their place beside surprise reed wild card Jimmy Heath in the horn frontline and dig into an eclectic set of standards from the jazz, pop and obligatory funk spheres. On the opening flame out foray through Sly Stone’s “Sing a Simple Song,” rhythmic suspensions fuel tight interplay between Parker’s chicken scratch fretwork and the leader’s oily lubrication of the melody. Turner sounds slightly possessed behind his kit, reeling off the backbeats and rising press rolls with forceful swinging sticks. Grunts and shouts sound above the grooving din.

The ballad “Don’t Say Goodbye” bleeds off much of the intensity, but it retains the underlying funk thanks chiefly to Turner’s fluid beats. Parker’s ensuing Spanish-inflected solo serves as centerpiece, and it’s a statement that references more than a little early Santana in its fruition. Trane’s “Lazy Bird” offers a different tack and the band devours the hard bop staple in a manner faithful to the composer’s original reading on Blue Train. Heath is the center of attention throughout a melodically charged solo that sails above Earland’s fat comping. Jones brassy phrases follow suit and offer a crisp contrast. Funk returns at full muster on the Earland original “Letha” that sounds at once anthemic and groove-suffused. Counterpoint is king on this cut and the quick overlays and interplay are one of the most satisfying aspects of the entire album. Overall the feeling is more of a live concert than a studio date, testament to both Earland’s energy and his ability at inspiring his men to turn things up a notch. Acid jazz antiquarians are strongly advised to seek this album out.


Fantasy on the web: http://www.fantasyjazz.com