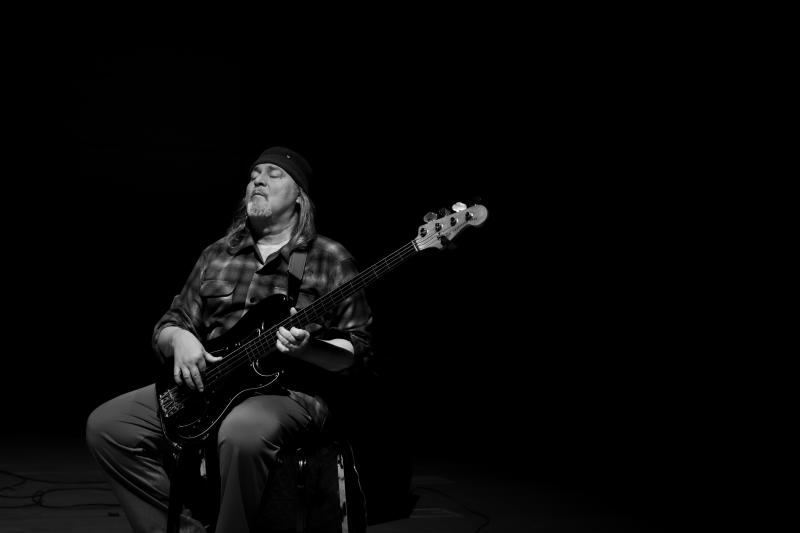 How do you fit a camel through the eye of a needle? On December 19, the music summoned by Bill Laswell, Milford Graves, and John Zorn answered that very question: By starting with a larger needle, of course. Indeed, what began on poster as a mere assembly of bass, drums, and alto saxophone ended up expanding the parameters of its environment to allow transit of enormous ideas. Performing at The New School in New York City as part of Zorn's 2017 StoneFest, the trio worked its way from the monophony of a newborn's first breaths to the polyphony of an elder's death cry in the space of about 40 minutes. Such accomplishment rested on a combination of voices that held together like a compass. Of those voices, each musician was a masterful possessor. Lurking in Zorn's expectorations was a brand of truth drawn from wells of uninhabited desert. Graves, for his part, was a griot of impulse, dashing stars from his hands. Laswell, for his, was the lava beneath it all, flowing with hints of destruction.

Their chorus balanced heady effect with robust content, tearing our expectations as if pages from an out-of-print book. Zorn's extended techniques elicited a language at once familiar and untranslatable. Every peal of his reed glinted off the drums, by which any recourse to fantasy was Rubik's-cubed back into photorealism. Laswell's bass, meanwhile, carved a path through reason with shades of something far more potent: selflessness. At each corner of this triangulation, rhythms were far from binding contracts, but rather parables of the modern listener's kneejerk allegiance to groove.

Any nuances of the macabre we might have read into the performance—not least of all by suggestion of the skull glancing askew from atop Zorn's amplifier—were, if nothing else, affirmations of life. They were, in other words, ghosts of historical consciousness made flesh, gunslingers with nothing to prove but mortality, dueling with their own shadows on tumbleweed-kissed plains. Like the rattlesnakes slithering by their feet, the patterns revealed by their shedding skins were tenderer yet stronger than the shells they left behind.

From a practical view, theirs was a masterclass in improvisation. Not only did they listen to each other; they also knew when to stop listening. Unlike free improvisers of a novice persuasion who might otherwise have exceeded their brief, they knew that the message at hand was destined to self-destruct upon conveyance, as demonstrated nowhere so graciously as when Graves took the floor for an extended solo. A caravan of one, the drummer chanted his way across a landscape so tactile that Zorn and Laswell's feet never left the ground once they rejoined him.

Much to overall delight, Zorn wrangled in trumpeter Peter Evans for an encore. The ad hoc quartet dove into wreckage of our crashed era and reassembled a simulacrum of its former life. Evans drank in the spirit of the moment and spit out golden fire, even as Zorn grabbed modal ghosts by the shoulders and shook them until melodies began tumbling out of their pockets. All the while, Graves' hi-hat trembled with persistence, reminding us that none of what we'd heard would have been possible without the blessing of raw materials and those who shape them. To call this music "cosmic," transportive though it was, would be to deny its humanity.