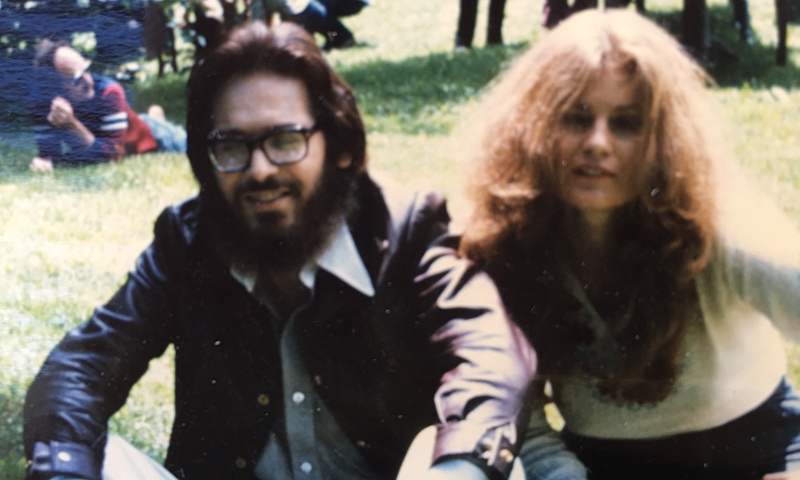 By NENETTE EVANS
February 15, 2017
Sign in to view read count
Miles Davis said: "Bill left the band in 1958 and went down to Louisiana to live with his brother. Then he came back after a while and formed his own group. After a while he got Scott LaFaro on bass and Paul Motian on drums and he became very popular with that group, winning a number of Grammy Awards. He was a great little pianist, but I don't think he ever sounded as good after that as he did when he played with me." 1

Bill Evans said to Randi Hultin from her book Born under the Sign of Jazz (Sanctuary Publishing, 2003), "Although I thought it was a great experience to play with Miles Davis, I've always had this urge to work as an independent."

The only time I met Miles was in the mid-80's in San Diego, California. He was playing at a large outdoor amphitheater-type venue called Humphrey's By The Bay. I went with Fonje, my partner, and Maxine and Evan.

It happened to be a school night, Evan was about 9 years old and Maxine about 18. It was a long trip, late in the evening, and not exactly convenient. Even though I rarely went to concerts in the '80s, I felt that I had to make an effort to meet him for the sake of the history between Miles and Bill. And for Evan. Evan was an ace trumpet player and first chair in every school orchestra in which he played.

We watched the concert, then we were invited backstage at the break. I remember Evan being somewhat frightened by Miles's look which was, perhaps to some, on the flamboyant side. His hair was done in dreadlocks and he donned a white flowing robe, and loose fitting attire. Standard Miles.

The last time Bill had spoken to me about Miles was in 1978-79 when Bill went to Miles's NYC apartment to say hello. Bill was accompanied by a close personal friend, whose identity I will not reveal. I gathered that it had been many years since Bill and Miles were last face to face.

In fact, Bill did mention that the last time before this meeting that he had seen Miles was when they were both nominated for a Grammy. So that would have been in 1968.

Miles was nominated for Miles Smiles and Bill for Further Conversations with Myself. The actual winner that night was Cannonball Adderley Quintet for Mercy, Mercy, Mercy.

That night, Bill said that Miles had stormed out in a huff. Grammy awards can be touchy affairs.

In the late '70s, Bill said that Miles was currently holed-up in his New York apartment with the covered windows. This was (drug) code for a certain level of paranoia, I guess.

Bill told me that when they got there with his lady friend, the first thing Miles said to him was about the woman he was with was "Who's the Jew-bitch?" I really don't know what else may have been said at that meeting or don't recall. Bill seemed very glad to have seen him, I gathered.

Just as an aside regarding the Grammy Awards. I have the following recollection. Bill was out of town in March of 1975, so he asked me to go in his stead. I asked Joan Wise, drummer Arnie Wise's wife to go with me. I was wearing a long, sheer, paisley-printed caftan which was cinched high above the waist, as I was just beginning to show from the pregnancy.

Bill had been nominated for Fantasy Records, The Tokyo Concert record that year. Others nominees included Keith Jarrett, Oscar Peterson, Freddie Hubbard and McCoy Tyner. So, it was Joan and I and these heavyweights of jazz seated around a large circular table, waiting for the announcements and having dinner.

I had never met any of these musicians before, so I only spoke to Joan who was seated next to me. The thing that sticks in my head the most is that not one musician spoke a word to anyone else, the entire evening.

The winners that evening were Oscar Peterson, Joe Pass and Niels-Henning Orsted Pedersen for The Trio album).

Miles was extremely cordial and happy to see us, I thought. I was surprised that his voice was so tiny; stature diminutive and skin desiccated, taut. To me, he appeared delicate, vulnerable. Whatever the mystique about Miles was, was lost on me, a non-jazz person per se.

He liked me just as Bill said he would, whatever that meant. Bill always thought we'd be a good match. He said that on a number of occasions. After I had said one caustic thing or another, Bill would say, "You should meet Miles." I see the humor in that now.

There was a large spread of colorful fruit and sandwiches on a long table near the wall. Miles's sons were walking in and out of the backstage reception area. Miles was sitting on a couch, drawing.

Then he stands up, moves close to me and asks in that whispery voice, "How long has Bill been dead?"

I don't know, I thought. An eternity? The answer could only have been laden with pain. Was this a left hook? A trick question? The question and the answer seemed paused in an alternate reality. I remember my exact state of mind. I wasn't going to speak to a total stranger in the same way he was speaking to me. Direct, blunt. I'm tired, slightly irritated and not in the mood to answer. He seemed lost in thought, looking for something profound to say, perhaps. After all, I was only there out of a sense of duty.

Finally I said, "About five years," pause...
"Why do you ask?" I retorted.
"Because everyone is still trying to play like him."

After that, he said we should wait backstage and that he wanted to talk to us more after his last set. He handed the signed drawing to Maxine. Evan gave him a letter that he had written before we had left the house in San Clemente. Paraphrased it said:

Dear Miles, I heard you're the best of them all (trumpet players). Tell me something about my dad. I was only five years old when he died. It's OK though. He died of pneumonia. Evan included his phone number.

Miles left the room to go back on stage. It was late. We went home.

In the car on the way back to San Clemente, my partner and I speculated about what Miles might have said. Maybe he would have waxed nostalgic.

Maybe he would have said that he used to call Bill on the telephone and ask him to take the phone off the hook while he listened to Bill play the piano because he just loved the way Bill played. That would have been a sweet memory. 2

Jazz writer and critic, Leonard Feather interviewed saxophonist Bill Evans for the Los Angeles Times in 1984: "I actually only met him once (Bill Evans, pianist) ten years ago in Chicago, but I heard him several times, and I have at least a dozen of his albums. I never thought about changing my name. It's probably more advantageous then confusing, because I've been in a lot of records shops and found my albums in the Bill Evans bin! So I figure a lot of people will also see mine in there."

The coincidence of the names was never mentioned by Miles Davis, Feather continues.

Bill Evans, saxophonist: "The only time it came up at all was not long after I joined Miles, the day Bill died. He (Miles) said, "What about him?" I said, "He died today." Miles went into a deep slump. He pulled out a piece of paper with Bill's phone number on it and said, 'Damn, I was supposed to call him this week,' and tore up the paper. Then someone called up from a newspaper and asked Miles for an interview about Bill. He just said, 'Why don't you do it with this Bill Evans?' and handed me the phone. That was a sad moment."

My son, Evan never received a call from Miles. 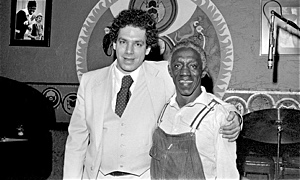