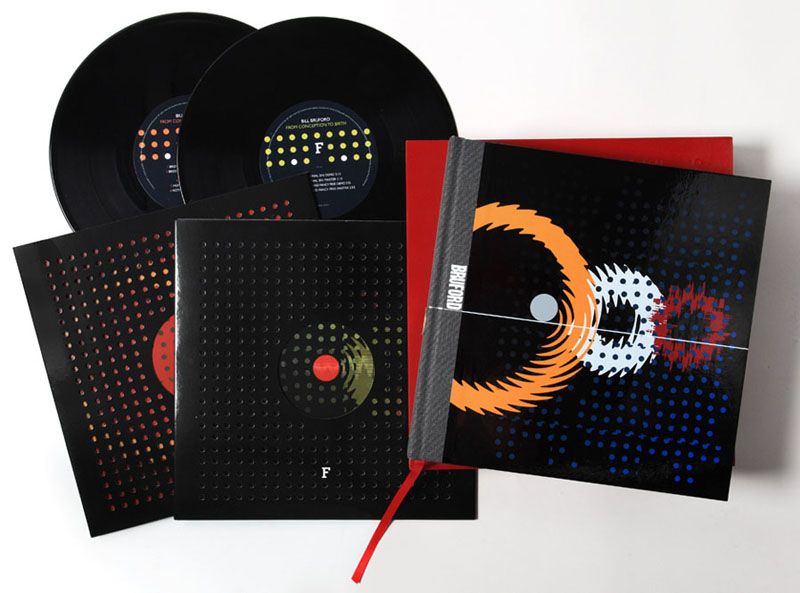 By JOHN KELMAN
December 16, 2011
Sign in to view read count
The Autobiography: Signature and Deluxe Editions

When Bill Bruford—veteran prog rock/art rock drummer turned jazzer—decided to hang up his sticks in 2009, the outcries were loud, passionate and, surprisingly, incredulous. How could this drummer, who cut his teeth with seminal groups such as Yes and King Crimson (with whom he played, in various incarnations, between 1972 and 1997), just, well, stop? There were plenty of answers to be found when, on the heels of his announcement, Bruford released Bill Bruford: The Autobiography (Jawbone Press, 2009). As the All About Jazz review said, "The Autobiography reads like a combination of 'tell all' and 'tell it like it is.'" While there was plenty of insight into the inner workings of his various groups, both as a member and a leader, the book avoided any of the salacious dirt that could have been covered by someone who came up during the time when sex, drugs and rock 'n roll reigned king.

Of course, anyone who has read the book will understand why: Bruford, unlike some of his compatriots, was a musician first and a star second. Saving his money in times of financial riches and being extra-careful in the lean years, the ever-pragmatic Bruford's retirement only seemed odd because so many musicians don't—whether it's because, as is the case with those operating well outside the superstar radar, they've enough trouble existing in the present, let alone save for the future, or because, in the case of those megastars, they don't want to stop feeling the love. That's not to ignore the musicians who never retire because, for them, music is something they simply cannot stop doing; but in Bruford's case, it was a decision made because, amongst other reasons, the overwhelming grind of self-managing in the changed landscape of the music industry became the end itself, rather than a means to the end of actually working as a gigging, recording jazz musician, the space in which Bruford exclusively (and intentionally) chose to work for the final decade of his 40-year career.

What was, perhaps, unexpected—though not to any who have read his practical, emotional and philosophical insights, delivered with style, panache and élan (and no shortage of dry wit), either in his autobiography or elsewhere—was how, with the success of The Autobiography, Bruford may have hung up his sticks and let his work visas lapse, but soon found himself in demand for a different reason. Since the release of the book, Bruford has been on the road often as a public speaker, talking about his life in music and doing Q&A sessions with his fans. Still, while that has put him back on the road, it's a much more contained pursuit, and he's certainly been able to spend more time enjoying the retirement for which he worked so hard.

In the world of books, the subculture of small press limited editions has been a longstanding tradition: taking books and publishing them in high quality versions with very small print runs that make them a beautiful thing to hold and behold. They're usually pricey, but for the person who has everything, or is a pathological fan who wants everything to do with their favorite artist, these limited editions are highly valued additions to their collections—and, ultimately, valuable as artifacts, as they usually escalate significantly in price once the limited run is sold out.

But some limited editions are better than others, and Foruli Limited Edition Books and Records' Signature (475) and Deluxe Edition (25) runs of Bruford's The Autobiography are a treat for a number of reasons. The actual book (the text, that is) is the same one that Jawbone Press published in 2009, albeit with a different and more attractive layout. When asked about additional material, Bruford said that "I'd said what I had to say," but there's plenty more to recommend than additional prose from the man himself.

First, as limited editions go, this one is a real beaut. Reformatting it as an 10" wide by 10 1/2" tall hardcover, designer Andy Vella has outdone himself. The hand-bound, hand-printed, hologram-embossed book cover is gorgeous, with a small round piece from a cymbal played by Bruford embedded in the spine. Both editions include two limited edition art prints, while the Deluxe Edition is made even more exclusive with the inclusion of a 10" bronze Bruford Signature splash cymbal, made by Paiste for Foruli, and a custom-made red solander slipcase to house and protect the book.

The book may not have new written material from Bruford, but it does have new introductions by drummers Mark Guiliana (Avishai Cohen, Donny McCaslin) and Mike Portnoy (Dream Theater, Transatlantic), but it's the layout and insertion of significantly more imagery that makes Foruli's edition a distinct and separate edition from the original Jawbone paperback. The Jawbone issue had a small, 11-page photo section at the start of the book; here, over 100 photos are interspersed throughout, at the end of each chapter, providing more immediate context. 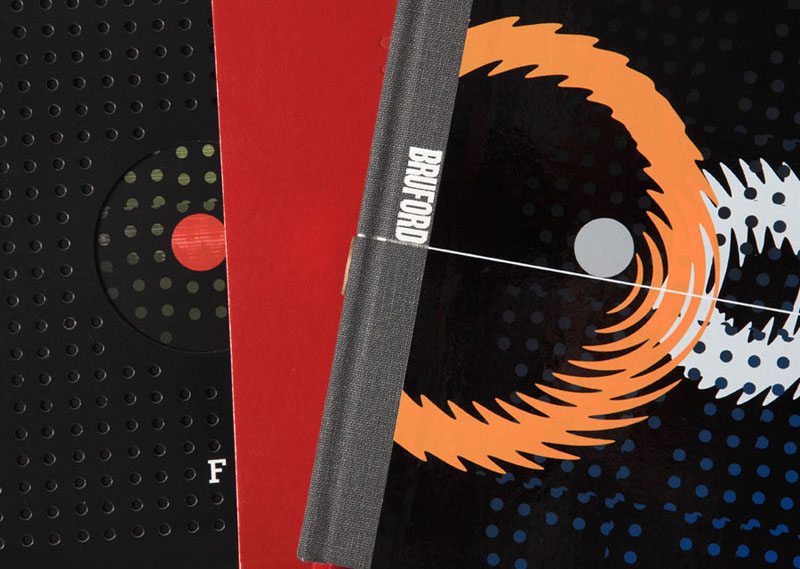 But the real carrot of The Autobiography: Signature and Deluxe Editionsis a two-disc set of 10" vinyl LPs called From Conception to Birth, which includes eight demo recordings of music performed on Bruford's Summerfold recordings, including If Summer Had Its Ghosts (1997), Earthworks (1987), All Heaven Broke Loose (1991), A Part, and Yet Apart (1999), and Sound of Surprise (2001), as well as "Original Sin," from Bruford Levin Upper Extremities (DGMLive, 1999) and "Lingo," which he contributed to Burning for Buddy: A Tribute to the Music of Buddy Rich (Atlantic, 1994), the first of two albums produced by Rush's Neil Peart's in tribute to the late, great and infamous jazz drummer. Each demo, recorded at home with gradually improving levels of technology, is followed by a clip from the resultant studio track, rendering the most important insight into Bruford's writing process crystal clear: how surprisingly complete his conceptions were—including, in the drummer's own words, the "cheesy 12-string guitar that I had the nerve to play Ralph Towner before the sessions for If Summer Had Its Ghosts" and his "Allan Holdsworth 'soundalike'" guitar playing on "Lingo"—by the time he brought the music to his various band mates.

Even more compelling is the final track on From Conception to Birth, the funkified 6/8 "Banyan," a previously unreleased (and full) track where Bruford layers drums, bass, keys, marimba and more on a song whose polyrhythmic complexities are nothing more than another day at the office for the mathematically precise and stunningly logical Bruford.

At £250, The Autobiography: Signature Edition isn't cheap, and at more than double that (£550), the Deluxe Edition is even dearer. But for the Bruford completist who has to have everything, and with the best possible quality, Foruli's limited edition runs of Bill Bruford: The Autobiography have plenty to offer the pathological collector and, with the addition of From Conception to Birth, then some.

Read a chapter from The Biography, Chapter 10: Is it different, being in jazz?, provided exclusively by Bill Bruford to All About Jazz.