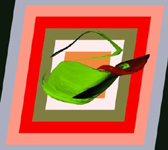 The New Mellow Edwards, an eclectic ensemble signed to artist-run, Brooklyn-based Skirl Records, is led by trombonist Curtis Hasslebring, who draws upon a variety of influences for his unorthodox jazz compositions, including neo-classical formalism, elastic funk and tuneful indie rock.

Hasselbring's passion for indie rock is revealed on the punning "Sacks on the Beach," an anthemic rave-up driven by a steady eighth-note bass line that recalls early nineties indie rock legends The Pixies, whose "Ana" was covered on the quartet's previous session. Delving further into the genre, they invest a crackling instrumental cover of Sonic Youth's punky diatribe "Youth Against Fascism" with ecstatic brio.

Elevated by the stellar interpretations of his all-star band, Hasselbring's idiosyncratic compositions find accord in a set brimming with congenial interplay. Diverse, but not dilettantish, Hasselbring's mercurial writing is the real star of Big Choantza—a splendid sophomore effort from an under-sung composer.

About The New Mellow Edwards