Advertise
14
From the Inside Out 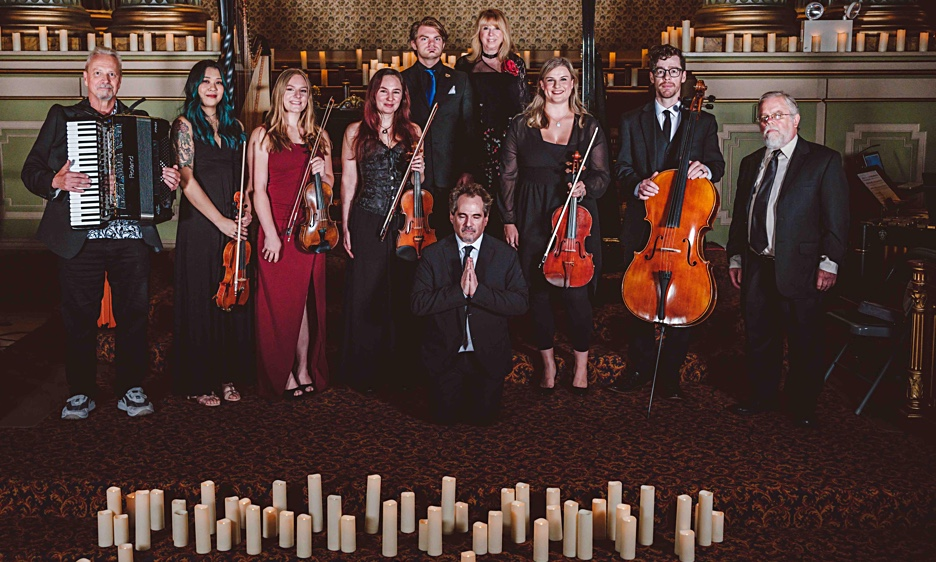 Their first ten years include performances for such dignitaries as Pope Francis, the Dali Lama, the Royal Family of Serbia, and the President of the UN.

In the early 1920s, musician and physicist Lev Terman invented an electronic proximity alarm, which shrieked louder and higher noise when something (or someone) moved closer to its antenna, as a motion detector for the Russian penal system. A concert cellist and physicist, Terman (Leon Theremin) realized that intervals of that sliding sound theoretically corresponded to musical notes, and began fine-tuning his prison alarm into a musical instrument.

A 1922 demonstration so impressed Vladimir Lenin that the Soviet leader dispatched Theremin on a global concert tour, where he performed on theremin at Carnegie Hall, the New York Philharmonic, and similar venues. "People see this wireless instrument and it's like this new thing. It's been around for 100 years. It was a serious classical instrument," explains Mano Divina, leader and thereminist for the Divine Hand Ensemble.

Eventually the theremin fell out of favor as a musical instrument, but its eerie electric wail was resurrected as sound effects and atmosphere in science fiction and thriller movies, including such genre classics as The Day the Earth Stood Still and Spellbound, in the 1940s and '50s. By the 1960s, experimental underground groups such as Lothar and the Hand People and mainstream groups such as The Beach Boys reintroduced the theremin as a musical instrument in their compositions —most famously, the melodic hook to "Good Vibrations."

"I saw Jean-Michel Jarre at a concert in France. For one song, he stood there and played this, and I had never seen anything like it," Divina recalls. "After that, my life became like a skit from The Lucy Show. I described it to every musical friend: It's a black box. It's got antennas. He puts his hands in the air and it goes whoo whoo whoo! But does he touch it? No. Does he blow into it? No. Does he strum it? No—he just puts his hands in the air and waves 'em. Believe me, no one understood what I was talking about."

One such friend eventually directed Divina to Robert Moog, who built his own theremin while a high school student in the 1950s and in the 1960s utterly changed the sound of music with his commercially available namesake synthesizer. Moog agreed to send a theremin to Divina and asked what style of music he was thinking of playing. "I told him that it sounds like a human voice to me, so I'm going to learn to play opera. And he laughed," says Divina. "I'll never forget that. He laughed." 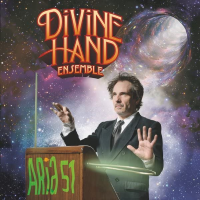 In the summer of 2022, to simultaneously celebrate the one hundredth anniversary of Terman's unique invention and the band's first decade, the Divine Hand Ensemble released their debut recording Aria 51. The Ensemble blends traditional classical instruments such as cello, violin, viola, and harps, with marimba, percussion, accordion, and Davina's theremin into a unique, kaleidoscopic classical sound. Their first ten years include performances for such dignitaries as Pope Francis, the Dali Lama, the Royal Family of Serbia, and the President of the UN.

"The title comes from the wordplay between the science fiction, alien legend of 'Area 51' and the fact that we feature the theremin singing opera arias. We're tying together the theremin's science-fiction sound effect and classical music histories," Divina explains. "Aria 51 covers everything from Disney to opera arias to Rimsky- Korsakov to Phantom of the Opera to Frank Zappa to David Bowie to "La Vie En Rose" and The Specials' 'Ghost Town.' You clearly hear the theremin as the lead singer showing the listener their melodies."

Arrangements by Dave Hartl (accordion, organ) and Jon Salmon (cello, bass) seem to magically translate all this different music into the eclectic spirit of this modern, beyond classical Ensemble. For example, in Frank Zappa's "Peaches en Regalia," the sound of vibes (Randall Rudolph) singing beside the theremin quite closely echo the voicings of Zappa's original. Surrounding harps and strings render "Peaches," the instrumental opener of Zappa's 1969 jazz-rock masterpiece Hot Rats (Bizarre/Reprise), as accurately and well-tempered as any classical ensemble—although you'd be hard-pressed to find any classical ensemble that includes the squeezable "honky-hogs" that help squeal out this version.

"Phantom of the Opera" lifts the curtain on the second half of this debut with deep and dangerous organ chords. Then strings introduce the melody to the theremin, and their sounds twirl into the chorus like an elegant dance, refined yet passionate, in a lovely arrangement that accents the shadows and lights in Andrew Lloyd Weber's composition. Theremin has the last word in a piercing voice that shoots through the ending like an arrow through the heart.

"There's never been a band that does what we do: a classical ensemble interpreting everything from Mozart to Motorhead with the theremin as the lead singer," says Divina.

"Ghost Town," which closes most Divine Hand live performances, stretches The Special's reggae/ska paean to urban decay into ten gooey minutes of thick dubbed-out bliss. Theremin opens unaccompanied, a lonely whistle walking past the boneyard, then the requisite reggae rhythm locks down on Salmon's bass. This deep, cavernous sound unlocks a round of solos which features every member of the Ensemble plus soloists David Kershner on trumpet and Marc Adler on flute with a sound that comes dancing straight from It's the Great Pumpkin, Charlie Brown!, while Randolph's percussion keeps rattling in the background like skeletons tumbling up and down the stairs. (Written to reflect the economic frustration that devoured urban England in the early 1980s, "Ghost Town" climbed to Number One on the UK pop charts as riots began erupting across the country, and was unanimously named 1981 "Single of the Year" by the British music press.)

So how does a musician play an instrument they don't touch? "In essence, a theremin traps air molecules in an electromagnetic field between two antennas," Divina explains. "I use my hands to vibrate the air molecules in that field to match the corresponding frequency of a musical pitch. I vibrate the air one way to make a C and in a slightly different way to make a D.

"But I can only approximate where the notes are. They're not just 'hanging in space.' It's the proximity of my hand to the antenna and how I vibrate the air molecules that make the note. The interval between the two pitches is air, so it's constantly in motion. I train my hands to hit about where they are. But they could be in a slightly different position as more people come into the room or if we move from the rehearsal room into a bigger concert hall."

Lev Terman's motion detector has circled in wild orbit, a musical chameleon no one can touch, since he patented it as his theremin in 1928—from his protégé Clara Rockmore to Miklós Rósza to Brian Wilson, from Alfred Hitchcock to Mano Divina to Radiohead.

"I wanted to invent some kind of an instrument that would not operate mechanically, as does the piano, or the cello and the violin, whose bow movements can be compared to those of a saw," Theremin said in a 1989 interview. "I conceived of an instrument that would create sound without using any mechanical energy, like the conductor of an orchestra."

"It was a science fiction sound effect. It was aliens, it was ghosts. It was electronic hooks in 60s psychedelic music. It was a retro, futuristic instrument for hipster bands," Divina muses. "And now it's come full circle to being a classical instrument, because we perform opera and classical music with it." 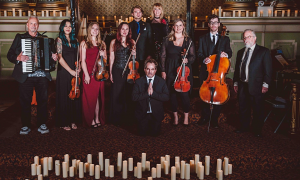 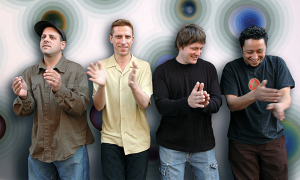 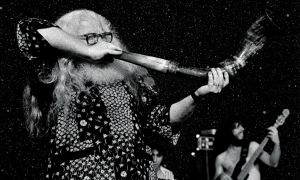 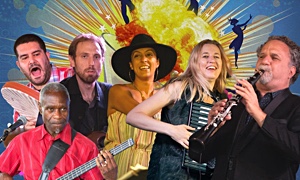