Brain Wilson is one of rock's most deeply revered figures, a legendary writer, producer, arranger and performer of some of the most cherished music in rock history. Indeed, it is no exaggeration to call Brian Wilson one of the most influential pop composers of the last 50 years.

Labor Day weekend, 1961, in Hawthorne, California It was then and there that nineteen-year-old Brian Douglas Wilson and his younger brothers Dennis and Carl assembled in their family's living room with cousin Mike Love and friend Al Jardine to rehearse a little tune that Brian and Mike had written for a try-out recording session.

As luck would have it, the Wilsons' parents were vacationing and had left the boys $250 for food money. Home alone, and promptly using that cash to rent the best musical equipment they could find, the budding Beach Boys got busy.

Written at Dennis' suggestion, "Surfin'" sang the praises of the newest southern California teen craze. Though primitive-sounding by today's standards, the song contained the raw matter that would define the Beach Boys' sound: the propulsive rhythms of Chuck Berry-style rock & roll combined with the sophisticated pop vocals of the Four Freshman.

It was a unique fusion that Wilson had been tinkering with in the family garage where, inspired by The Four Freshman and their complex vocal blends, and armed with a multi-track tape recorder, he'd spent hours exploring the intricacies of harmony and melody. By overlapping his own dynamic voice (which peaked in a soaring falsetto) and various instruments, he could create the effect of a full group.

Completely on his own, and despite near-deafness in one ear, modern audio technology gave Brian Wilson the power to create something beautiful, even magical. When "Surfin"' hit big locally and made ripples on the national charts, the Beach Boys were signed to Capitol Records. The label wanted more of the same, and Brian and the band gave it to them, tapping a potent source of surfing, hot-rod cars and hi-octane hormones at a time when an exploding population of post-World War II teenagers was craving something new.

Releasing hit after hit, the Beach Boys were like an irresistibly refreshing wave that flooded America. And Brian Wilson himself rode that sparkling swell as, beginning with 1962's Surfin' Safari, the early Beach Boys released seven albums (usually titled after their hit singles) in their first two years of existence, including Surfin' U.S.A., Surfer Girl, Little Deuce Coupe, Shut Down, Vol. 2, All Summer Long and Concert.

Having assumed the role of the Beach Boys' producer with the band's third album, Wilson became a maverick force in the music industry by taking the group to independent recording studios. Each album showed an advancement in all facets of creation as Brian Wilson, much like Phil Spector and his Wall of Sound, conjured a distinctive sonic signature - call it a Wave of Sound - and everybody wanted a ride.

In 1964, Wilson succumbed to the stress of overworking and decided he could no longer tour with the Beach Boys. From now on he would dedicate all of his energies to writing and producing the band's records. And the hits kept coming as the Beach Boys earned their rank as "America's Band," meeting the British Invasion head-on with effervescent singles like "Dance, Dance, Dance" from Beach Boys Today, and "Help Me, Rhonda" and "California Girls" from Summer Days (And Summer Nights!!), all released in 1965.

Solo Career Brian Wilson spent decades living in the towering shadow of his 1960s masterworks with the Beach Boys. During that time, Wilson's mental illness turned him into a virtual recluse, and then a pawn in the manipulations of various would-be caretakers and collaborators. Yet his return to recording and touring without his longtime band, from whom he had become personally estranged, was among rock's most heartwarming stories. Here at last was an opportunity for Wilson to bask in the glow of his past achievements and to create songs that, while hardly the equal of his best works, suggested that he was once again engaged with his audience and the world outside his bedroom.

For his solo debut, Wilson demonstrated that his songwriting muse had not abandoned him completely with the man-out-of-time innocence of "Love and Mercy," "Baby Let Your Hair Grow Long," and "Melt Away" harkening back to his mid-'60s heyday, while the weird mix of paranoia and vampirish anticipation on "Night Time" bespeaks Wilson's troubled life. But dated synth-heavy production makes the album almost unlistenable.

Don Was produced the soundtrack for the documentary I Just Wasn't Made for These Times that best represents the post"Beach Boys Wilson. It presents him in a small-combo setting, singing with a frayed openness that is oddly moving. In this setting, "Love and Mercy" and "Melt Away" bloom, while some of his more profound if lesser-known Beach Boys songs ("The Warmth of the Sun," "'Til I Die") are illuminated. There's also a harrowing moment, a 1976 demo of "Still I Dream of It," with a ragged and off-key Wilson pouring out his pain at the piano.

Live at the Roxy Theatre is a connoisseur's survey of Wilson's career, focusing not so much on overly familiar Beach Boys hits as relative rarities. Wilson's in high spirits, even though his choirboy voice wobbles in search of notes he once reached effortlessly. But his excellent backing band casts a safety net of harmony and musicianship that does justice to his most ambitious material. The backing ensemble's performances are even more accomplished on Pet Sounds Live; the 1966 masterpiece had never been performed in its entirety until Wilson took it on the road in 2002. But his voice sags beneath the weight of these beautifully demanding ballads.

Orange Crate Art reunited Wilson with Van Dyke Parks, the master arranger and lyricist who was his collaborator on the aborted 1967 Beach Boys album, Smile. Rather than participating in a full-blown union, Wilson is essentially a hired-gun vocalist. But he's in fine voice, his multioctave range stretched by long-lined melodies. Parks' orchestrations evoke California's sun-kissed geography and an era of pop songwriting when melody rather than rhythm was the guiding force. At the core of the album is a longing for a California that doesn't exist, and a sound that couldn't be less fashionable. In its own way, Orange Crate Art is a quirky little song cycle that defies categorization, a hint of what Smile might have been if circumstances had allowed these two mavericks to ever complete it.

Gettin' In Over My Head, Wilson's first studio album in six years, is an agreeable piece of work with cameos from Eric Clapton, Paul McCartney, and Elton John. Wilson is still frighteningly detached from the moment, though; it's best to think of this one as a celebrity children's record.

Thirty-eight years after he abandoned Smile, Brian Wilson was nudged back into the studio to re-create the album he once intended to be his masterpiece. And while rock's most famous lost recording could not possibly live up to its own legend, Smile 2004 is a joy on its own terms — filled with majestic harmonies, lush string and horn arrangements, gorgeous melodies, and Wilson's sly sense of humor. Shaped largely by Darian Sahanaja, the musical director of Wilson's touring band, the album is arranged into three suites built around key compositions: "Heroes and Villains," "Surf's Up," and "Good Vibrations." And while none of these familiar songs is necessarily better sounding than the original version listeners have heard before (Wilson's voice is nowhere near as expressive as it once was and clearly strains in parts), the arrangements are terrific: Smile pieces together bits and pieces of Wilson's humor and genius into a majestic song cycle that's funny, poignant, irreverent, and totally wonderful.

Wilson extended his personal and creative renaissance of the last decade with an ambitious new themed album, That Lucky Old Sun, a work released in September 2008 exploring the Southern California culture that he helped define musically in the 1960s as the guiding creative force of the Beach Boys.

Wilson also returned to his former group's longtime label, Capitol Records, for this project that comes on the heels of his completion in 2004 of his "Smile" album, which he shelved in 1967 because of mounting personal and professional problems. The new album's world premiered the previous September in London's Royal Festival Hall, the same venue where he unveiled the finished Smile after aborting it 37 years earlier. Written by Wilson in collaboration with Smile lyricist Van Dyke Parks and Wilson's latter-day band member Scott Bennett, features an interwoven series of 'rounds' with interspersed spoken word, comprises a series of narratives with the sun, voiced by Wilson, as the narrator of a series of snapshots of life in Southern California.

The John F. Kennedy Center for the Performing Arts selection of individuals to receive the Kennedy Center Honors Award for 2007 honored at the 30th annual national celebration of the arts were pianist Leon Fleisher, actor and writer Steve Martin, singer Diana Ross, film director Martin Scorsese, and songwriter Brian Wilson. President Bush stated in presenting the honor, "Wilson led not only a spectacularly popular rock group but also an era-defining transformation of the sound of music." Show less

Brian Wilson & Jeff Beck To Appear At The NYCB Theatre In Westury On...

"Wilson's That Lucky Old Sun, his most ambitious new work since returning from the wilderness, [recalling] "Pet Sounds" and "Smile," not least in its playfully baroque arrangements — a playground riot of glockenspiel, timpani, strings and harmonies all played with a smile — and melodic nods to the Beach Boy canon, complementing the autobiographical bent of the lyric-book."
Reviewing the London performance, England's Mojo magazine.

"Brian Wilson is an iconic talent with enormous musical influence all over the world and we are very proud to be representing him."
Guy Hands, executive chairman of Capitol's parent company, EMI Music. 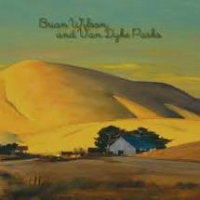 All About Jazz musician pages are maintained by musicians, publicists and trusted members like you. Interested? Tell us why you would like to improve the Brian Wilson musician page.