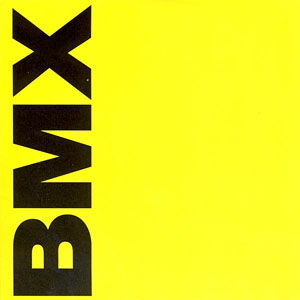 Tradition, in a living, breathing art form, is something that is continually defined, refined and redefined. When drummer Paul Motian—first coming to fame in pianist Bill Evans' mid-1950s trio—trimmed his quintet of the early 1980s into a bass-less trio featuring then-emergent guitar whiz Bill Frisell and equally on-the-rise saxophonist Joe Lovano, its very first recording, It Should've Happened A Long Time Ago (ECM, 1985), defined a whole new aesthetic, challenging conventional roles and redefining how improvising musicians collaborate. Bergen Open, from Norway's BMX, demonstrates how Motian's trio has created its own tradition, its own ground zero for improvising musicians looking to skirt orthodoxy without entirely deserting it.

Beginning life in 2006 as a one-off trio, BMX's guitar-sax-drums format took Motian's group as its starting point, but brought its own approach to color, pulse and space. Adding Per Jorgensen in 2007, BMX further evolved its collective voice with a trumpeter who, already a seminal influence on future Norwegian hornists Arve Henriksen, Nils Petter Molvaer and Mathias Eick, has contributed to a number of ECM recordings including keyboardist Jon Balke's Diverted Travels (2004), and last year's particularly sublime Kuára: Psalms and Folk Songs. The group also trades on the built-in chemistry of tenor saxophonist Njål Ølne and guitarist Thomas T. Dahl, two members of the forward-thinking but internationally undervalued Dingobats, and Øyvind Skarbø, a percussionist of increasing ubiquity in Norway, heard recently with another improv-heavy but stylistically unrelated trio on 1982 (NORCD, 2010).

The two-disc Bergen Open is predominantly about collective improvisations—the 47-minute title track occupies the entire first disc, while the 19-minute "Bergen Open & Closed" finishes off the second disc. Four shorter pieces by Ølnes range from the quirky, pulse-driven "Snoopy" to the more ethereal, "Follow," a largely subdued tone poem that's closer in complexion to Motian's trio—especially with Skarbø's more textural playing and a temporal flexibility definitive of so many Norwegian drummers—that captures a sense of Norwegian folklorism with Dahl's gentle finger-picking, that contrasts with Frisell's atmospheric Americana. Dahl is a largely more direct and less effects-driven player than Frisell which, combined with Skarbø's penchant for explicit rhythm, gives tracks like "Giraffe" real forward motion, though the guitarist does broaden his soundscape with a pitch shifter, lending BMX some lower register oomph.

Ølnes move from gentle lyricism on "The Beauty of Bath" to greater extremes on "Bergen Open," which, like "Bergen Open & Close," is culled from studio sound checks remarkable, then, in their feeling of structure and intent. Jørgensen's unfettered but measured abandon throughout the set is one more reason why this Norwegian icon deserves greater international acclaim, occasionally putting his horn down for a darbuka (goblet drum), or for the same plaintive singing that made his performance at Tampere Jazz Happening 2010 such a highlight.

Paul Motian's trio may be at the root of BMX, but its greater energy, more defined rhythms—groove, at times, even—and largely less ethereal nature make Bergen Open another late 2010 release that deserves not be overlooked.