BY BRUCE LINDSAY
October 22, 2012
Sign in to view read count 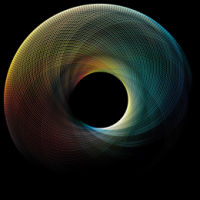 Ben Thomas' Endless Mountain Region, the debut album by this eponymous trio led by bassist Thomas—is dedicated, according to Thomas' rather funky website, "to exploring the freedom of a chordless trio." It undertakes this exploration on a series of original tunes—three each from Thomas and drummer Aaron Staebell, one from saxophonist Tony Malaby—and a version of saxophonist Ornette Coleman's "WRU," all of which were recorded live at Rochester, New York's Contemporary Art Center in November 2010.

Thomas and Staebell are part of a burgeoning group of players from the Eastman School of Music in Rochester, which also includes trumpeter Dave Chisholm. Thomas and Chisholm both played on Staebell's debut, Bending And Breaking (Self Produced, 2011). Malaby is the trio's "veteran," at least in comparison to the younger pair; a player who brings his wealth of experience to bear here.

Let this music play as a background to everyday activity and it's a surprisingly pleasant and accessible companion; focus on the sound and it becomes readily apparent that there is a lot going on—a complexity that finds all three musicians crafting intriguing melodies and rhythms. While each tune is credited to a single composer there's little obvious differentiation in style, suggesting that the musicians all contribute meaningfully to each number.

Malaby plays tenor on most numbers, and the trio interplay creates a fairly homogeneous sound characterized by a warmth of tone. There are exceptions: Thomas' "Geometries III" is jagged and mysterious; while "Geometries IV" is decidedly frenetic, Malaby's tenor screeching with rage—or maybe fear. There is a definite live feel to the set, a "club sound," even though audience responses have been edited out. The downside is that Thomas' bass can be rather low in the mix at times, even when soloing—his opening solo on "Two And A Half Hours" is very quiet, indeed. Thankfully he's more prominent on Malaby's "Sky Church," for his funky bass playing does much to drive this upbeat and likeable tune forward.

When Malaby switches to soprano saxophone the contrast between double bass and soprano sax gives a greater tonal variety to the sound. On Thomas' "Two And A Half Hours," Malaby weaves the soprano in an out of Staebell and Thomas' energetic rhythm in one of the album's most invigorating passages. In the same song there's also a slightly darker section featuring a duet between Malaby's soprano and a melodica (played by Staebell but uncredited on the album sleeve). This particular duet hints at the trio's sense of humor as well as its imagination, a sure sign of Ben Thomas' Endless Mountain Region's potential.

About Ben Thomas (US)