By NENAD GEORGIEVSKI
August 22, 2005
Sign in to view read count 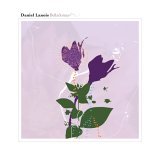 Daniel Lanois is doing something truly different in the world of music. His style doesn't really fit in with any genre that can be found at the local music store. Some may call it cosmic, folk, ambient, rock, spiritual, or soul... but the truth is that it is a combination of all these things. He's been heralded as one of the most brilliant producers around, and many musicians have benefited from the alchemic presence of this studio wizard and sonic explorer.

Belladonna is Lanois' latest solo effort, but unlike Shine (or Rockets), he delivers a full instrumental album. In a way the recording continues the dark experimental streak of its predecessors, and it seems he has taken many of the best elements from his various projects and combined them into an unusual mixture, but the result is emotionally deep, intellectually stimulating, and insistently forward-looking music.

These thirteen immensely moving pieces are full of sounds and atmospheres that make listening to Lanois an imaginative, spiritual, and exciting experience. Many guest musicians drop by to lend their talents on various numbers, but even though it involves highly skilled performers, the accent of Belladonna is devoted to producing moments of stunning aesthetic beauty.

"Two Worlds" sets the tone for much of what will follow, with distorted guitars and atmospherics that come into play to create an organized piece of chaotic noise. By using the studio as an instrument, Lanois manages to produce maximum effects with minimum assets. The sense of dynamics often varies from track to track, but his economical use of silence and the blending of somber and lighter tones is masterful, thus producing soundscapes with emotional depth that arouse the deepest of emotions.

There are too many highlights on this album to mention, but the real treat is Lanois' musings on the pedal steel. Tracks like "Desert Rose" and "Carla" find him meditating over his instrument, drifting into nostalgia and the world of the sublime. But on tracks like "Agave," which brings sounds of a Mexican orchestra playing around the corner, and "Frozen," with its dub/reggae melodies, he seems to be having fun.

The cohesiveness of the music is noteworthy, as is the state of rawness in which Lanois leaves his tracks. They are all precious stones left unrefined and unpolished. In general, Lanois' work is characterized by a dramatic subtlety that is more about mood than melody. Belladonna is contemplative, graceful, nostalgic, spiritual, and tender without becoming excessive. A very intruiging and beautiful work.