By EYAL HAREUVENI
December 22, 2012
Sign in to view read count 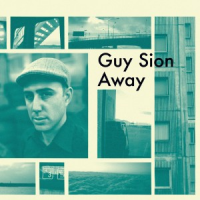 The title of Israel-born, Oslo-based saxophonist Guy Sion's debut symbolizes his state of mind, having been away from home, moving from one place to another in the last decade—leaving Israel for music studies in Amsterdam, then moving to New York and finally settling in Oslo. Sion's original compositions reflect this long winding road— modern American jazz with a taste of calm, Nordic lyricism that involves both American and Norwegian musicians.

Sion tends to write well-crafted and linear compositions that stress flowing melodic lines and his warm sound. All these compositions are arranged around the emphatic and tight interplay between Sion and guitarist Bjørn Vidar Solli, who co-produced the album with Sion. Solli's tone and the manner in which he articulates Sion's musical ideas owe much to the influential sound and attack of guitarist Pat Metheny, almost as if he was intending to replicates the sophisticated harmonic structures that Metheny and his close collaborator, keyboardist Lyle Mays, have explored. Still, Solli's enthusiasm charges Sion's reasoned compositions with a needed sense of urgency.

Two compositions stand out. The touching "Brother 5," where Sion outlines the gentle theme on soprano sax, later elaborated beautifully by pianist Erlend Slettevoll (a member of The Core), before Sion, Slettevoll and Solli repeat the theme together. "Oslo's Blues" again emphasizes Sion's gift for beautiful melodic lines, here highlighted as a duet between Sion and Slettevoll.

Away feature's Sion's rich vision as a melodic composer, supported by a band of experienced musicians.