Norway in a Nutshell

Every year around 30 jazz promoters and journalists from Europe and the USA make a pilgrimage to the city of Bergen in the west of Norway to experience Nutshell. Established by the various organisations who export Norwegian music, Nutshell showcases the best Norwegian jazz of the moment amidst the incredible scenery of fjords and mountains that the country is famous for. The showcase programme was curated by drummer Gard Nilssen and dovetails with Bergen's longstanding Nattjazz Festival, offering a taste of soul, R&B and world music as well as some excellent Norwegian jazz. This year's showcase included a visit to the town of Voss, a hotspot for extreme sports and the home of Vossajazz: Norway's leading festival for new commissions.

Over the past few decades, Norway has worked hard promoting its artists abroad so jazz fans are already aware of more than Norwegian icon Jan Garbarek. There is still so much to discover, so this edition of Audioguide brings you short snippets of some of the bands from this year's Nutshell and Nattjazz programme.

Saxophonist Hanna Paulsberg is an excellent starting point for this audio excursion, with "Catalan Boy." Since forming the quartet in 2010 she has built a burgeoning career performing over 200 concerts with them, as well as the likes of Chick Corea and Bugge Wesseltoft. Up next is one of Norway's more unique musical exports: Ice Music. Terje Isungset sculpts all his instruments himself from glacier ice (normal ice doesn't resonate or make musical sounds) and performs only with ice instruments and vocalist Maria Skranes. This track is from his new Arctic Ice Music project featuring a small vocal ensemble.

The sounds of ice give way to Nils Okland's "Flukt." Okland plays another Norwegian-made instrument, the Hardanger fiddle, a form of violin used mainly in South West Norway. Modern interpretations of folk music are a favourite in Norway, and Nattjazz featured several, with more to follow here. Our next band emerges in a cloud of squawks before sliding into a groove with just the right amount of swing. Angles 9 (formerly known as Angles 8) are led by a Swede, Martin Kuchen, but the band does include a token Norwegian, saxophonist Eirik Hegdal.

Veteran pianist Dag Arnesen has a particular affection for the music of Edvard Grieg, Norway's most famous composer. As part of the Nutshell programme his trio performed in the modern concert hall on the site of Grieg's house (Troldhaugen). The backdrop to the stage is a large window through which the audience can see Grieg's waterside composing hut. Arnesen's set included the arrangement of "Solveig's Song" featured here. More fiddle follows with accordionist Frode Haltli's Avant Folk band in a track co-produced with avant-garde vocalist Maja S.K. Ratkje, which may explain the deliciously dark electronic soundscape which prefaces the tune.

We pick up the tempo with groove-based project Steamdome, led by Ola Kvernberg, with an altogether different use of the fiddle which is more reminiscent of an electric guitar. Swiftly following this are the cinematic sounding drums, bells and electronics of Erland Dahlen, whose solo performance at Nutshell was brilliantly framed by the setting in an historic church. The mix closes with a lullaby-like folk song from the latest Ice Music album, ending this Norwegian adventure with the crunch of ice. 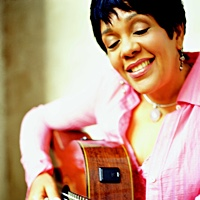 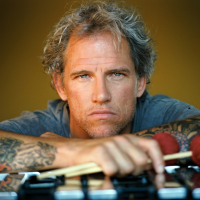