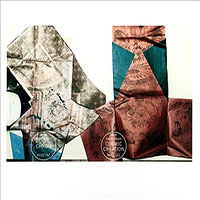 Despite the suggested evidence of 2008's Cartography (ECM) and 2013's follow-up, Places of Worship (Rune Grammofon), trumpeter Arve Henriksen's career has not only been about the intrinsic—and deeply personal—lyricism that defined those recordings, as well as the three Rune Grammofon recordings that preceded them—2007's Strjon, 2004's Chiaroscuro and 2001's Sakuteiki, those three recordings collected in the beautiful limited-edition vinyl box Solidification (Rune Grammofon, 2012). It should not be neglected that Henriksen remains a founding member of seminal noise improv group Supersilent, whose last release, the vinyl-only 11 (Rune Grammofon, 2010), was culled from the same sessions as 8 (Rune Grammofon, 2008), making the abnormally acoustic-centric 10 (Rune Grammofon, 2010) its most recent recording to date, though the group still continues to perform and collect recorded music for the yet-to- be-issued (but predictably titled) 12.

Along with the three two-LP sets that reissued Henriksen's first three Rune Grammofon titles with some well-chosen bonus material, Solidification included a seventh LP, Chron, that demonstrated Henriksen's truly pathological addiction to music, recorded—as he indicates in this overdue CD release of that recording, along with another disc, Cosmic Creation—"at home and in various locations such as hotels, airports, planes, railway stations and backstage in Norway, Sweden, Germany and Italy." For Henriksen, music is something to be found anywhere, anytime and on anything —beyond his trumpet, voice and electronics, Henriksen's music can come from found sound sources, or from instruments that serendipitously happen to be where he is; he also believes that music can be recorded anywhere, from a quiet corner in an airport with just his trumpet, a microphone and laptop computer, to more formal recording environs like Hilding Studio in Möinlycke, Sweden, where all but one of Cosmic Creation's eight tracks were laid down.

Both Chron and Cosmic Creation represent journeys of sorts: voyages of the mind that can be the soundtrack to imaginary movies or to landscapes revealed, say, on a lengthy train trip. Chron is the more oblique of the two sets. Beginning with "Proto-Earth," its clanging cacophony of percussive sounds—both real and electronically created, both natural and processed—set the context for the dark-hued "Hadean," performed on piano but with light electronics triggered each time a piano key is struck. The title track approaches more ambient landscapes, while the even darker "Solidification" introduces Henriksen's unmistakable trumpet playing over a kind of nexus where Olivier Messiaen and György Ligeti might meet, its abstruse theme underscored by shifting dissonances of synth and organ tones.

Chron may be a more inscrutable alternative to the deeply moving Places of Worship, but it's not without its moments of beauty. Henriksen's harmonized trumpet is at the core of the introspective "Plume of Ash," drawn from the ether and performed with rare patience and restraint. "First Life" is another trumpet feature, this time resembling his work on Sakuteiki as he adopts the shakuhachi-like timbre that, for a time, defined his sound but has since become just one of many tonalities in his sonic palette. Initially solo, underscored by long-held bass notes, first a second trumpet enters and then a third, creating a reverb-drenched miniature of singular allure.

Like Chron, Cosmic Creation is a roughly 40-minute journey but this time, overall, more atmospheric in nature, with analog synth tonalities evoking alien landscapes that are, albeit still strangely, more eminently accessible. Still, it's not without its more challenging moments. "Cosmic Creation 1" begins with a dense pedal tone wash bolstering a trumpet melody engrained with lilting traditionalism, building to a climax that just as suddenly fades to black, before "Cosmic Creation 2" creates another instrumental choir of sorts, but soon dissolves into a jittering landscape of stuttering and scattering electronics.

Elements of musique concrète imbue Cosmic Creation, and it possesses an overall structure that feels more cohesive and less a collection of the disparate parts that Henriksen collected over the course of a couple of years to weave into the tapestry of Chron. Both works are abstract, but Cosmic Creation feels somehow more ethereal, more metaphysical...more, well, cosmic. Taken together with Chron it presents yet another side to Henriksen, an artist whose reach seems limitless as he continues to work in the Punkt Festival axis with artists including co-Artistic Directors Jan Bang and Erik Honoré on projects like Bang's Narrative from the Subtropics—co-released with Places of Worship, the other half of a collective whole created by both recordings—and the fully collaborative soundtrack to Knut Hamsun's Victoria, both released on the Norwegian Jazzland label in 2013.

If Henriksen's initial work as a solo artist, beginning with Sakuteiki and concluding with Places of Worship, suggests an artist predisposed to more lyrical concerns when it comes to his own work, Chron | Cosmic Creation demonstrate a far broader purview—one which doesn't negate past work, but instead places it in a far broader context than even his extracurricular work would suggest. While a far more challenging listen than Places of Worship, Chron | Cosmic Creation is a more instantly revelatory recording that makes clear where Henriksen will go next is anybody's guess.