Stephen Philip Harvey (1992), is an African American saxophonist, composer, arranger, and educator. As a musician and bandleader, Stephen has performed extensively in Western Pennsylvania, Northeast Ohio, and the Eastern Shore of Maryland. Several projects under his belt include his electric quintet, Sphinx, his mid-sized jazz combo, SPH8, and his large ensemble the Stephen Philip Harvey Jazz Orchestra. He's also performed professionally with the First Class Big Band, The Akron Symphony Big Band, The Ohio Players, The Youngstown Jazz Collective, The Big Nasty, The Black Wolf and the Thief, The Vindy's, The House of Leaves Band, and other musical projects. On May 6, 2016, he released his debut album as composer and bandleader: Suite Childhood. His follow-up album, Smash!, releases on June 17, 2022 with Next Level (an imprint of Outside In Music). As a composer and arranger, Stephen has worked with a diverse array of musicians and instrumentations; composing for solo instrument to wind ensemble, jazz combo to large ensembles. It is his practice to funnel his eclectic musical background into his compositions, fusing Jazz and Classical with Popular, Funk, Hip-Hop, Rock, and Gospel. His compositions have been performed by ensembles at the University of North Texas, Vanderbilt University, the Eastman School of Music, New York University, the University of Illinois Champaign-Urbana, Youngstown State University, Kent State University, Seton Hill University, and Westminster College. Stephen has also collaborated with avant-garde jazz artist Roscoe Mitchell, with his project Conversation for Orchestra, which has been performed by the Iceland Symphony Orchestra and the SEM Ensemble of Brooklyn, NY. As an educator, Stephen has held instructional positions at all levels of education in diverse areas of music education. He's taught in environments such as summer camp, marching band, K-12 public school and postsecondary applied music and academic subjects. He is currently employed by the Wicomico County Board of Education as a choir director at Wicomico High School, as an Applied Instructor at Salisbury University, and as an online adjunct professor at Youngstown State University. He has previously taught at the University of Maryland Eastern Shore as an adjunct instructor. Stephen is an alumnus of Youngstown State University ('16, MM – Jazz Studies) and Seton Hill University ('14, BM – Music Education). He has studied composition and arranging under Ryan Truesdell, Dr. David Morgan, Dr. John Marcinizyn, and Dr. Ted DiSanti. He's had a wide array of performance studies under Chad Lefkowitz-Brown, Dr. 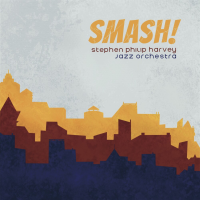 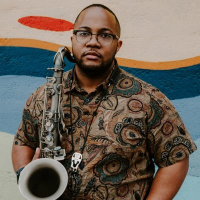 All About Jazz musician pages are maintained by musicians, publicists and trusted members like you. Interested? Tell us why you would like to improve the Stephen Philip Harvey musician page.