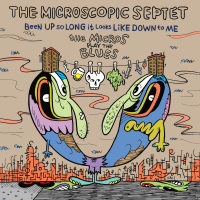 Since its inception, the Microscopic Septet has endeavored to uphold co-founder Phillip Johnston's motto to “break all the rules and respect all the saints." Coming out of New York's internecine jazz wars of the early 1980s, with avant-gardists and traditionalists each denying the other side's legitimacy, the Micros tried to bridge the divide: showing that respect for the jazz tradition could be combined with a healthy spirit of irreverence and risk-taking. That approach thankfully remains in effect today, as the ...

Saxophonist Phillip Johnston founded The Microscopic Septet in 1980 when the group briefly counted John Zorn as one of its members. They recorded four albums and were a regular presence in New York's downtown scene before disbanding in 1992. In 2006 Cuneiform Records re-released the four albums leading to the reformation of the group and presently, to their new release Been Up So Long It Looks Like Down to Me: The Micros Play the Blues.Johnston and pianist Joel ... 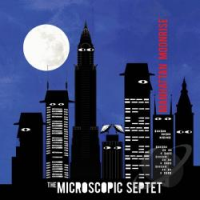 In the 80s, the band engendered a cagey slant on mainstream swing and then morphed into the risk-taking New York downtown scene, eventually garnering widespread attention and sell-out crowds at the Knitting Factory and other hip venues. They regrouped in 2006, carrying the torch for what has become a singular sound, ingrained in classic jazz stylizations, bop, funk, and the free-jazz domain. Known for its quirky deviations, razor-sharp horns arrangements and melodic hooks, the septet's spunkiness and tightknit overtures align ... 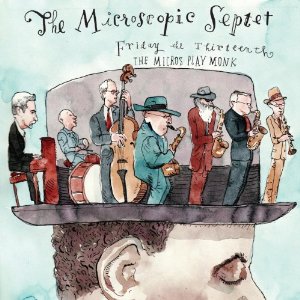 If two creative star trajectories were ever meant to cross, it was those of pianist/composer Thelonious Monk and the Microscopic Septet. Sure, Steve Lacy and Mal Waldron had a pretty good Monk gig going, and Sphere was a great tribute band lead by Monk's longtime tenor saxophonist Charlie Rouse (followed by Gary Bartz). But, the Micros...here are seven guys who really have Monk under their skin. Documented on previous recordings, many sides reprised on Seven Men in Neckties (Cuniform 2006) ...

The Microscopic Septet is all about swing, but swing in a sense extrapolated from the stale, dated pages of the past. Its take on the music of the '30s and '40s is too scholarly to fall off the map as retro, and too deeply felt to be dismissed as a dusty trove of museum pieces. The charts move at the speed of the Coney Island Cyclone, incorporating all that grew out of the world's first love affair with jazz, from ...

One of New York City's favorites, The Microscopic Sextet's 30-year run has seen a dormant period, but has been revitalized via its affiliation with Cuneiform Records. With its fourth release for the label, Thelonious Monk's influence and eternal spirit yields a wittily entertaining facelift via the septet's customary off-center expansions on bop and swing, to complement the intermittent jiggle to the avant-garde. Its musicians are true to form with their holistic stance on Monk's discography, and, thankfully, they coat the ... 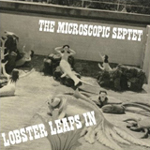 Under the co-leadership of pianist Joel Forrester and soprano saxophonist Phillip Johnston, the Microscopic Septet made their mark on the Downtown scene in the '80s with a boisterous, genre-busting blend of swing, bebop and avant-garde jazz, delivered with a healthy dose of offbeat humor. Now, after a hiatus of more than a decade-and-a-half, the group once billed as “New York's most famous unknown band" is back. And, if a new album (their first in 20 years) and a March gig ...