Pianist Uwe Oberg didn't follow a straight and narrow path when putting together this formidable European trio. There is no bassist, and Rudi Mahall performs solely on clarinets, as most listeners would expect a soprano saxophone to be the mainstay of any band that pays homage to the late, modern-era jazz pioneer Steve Lacy. More importantly, the band, including drummer Michael Griener, mold Lacy's works into their signature group-focused voice, yet duly adhere to his core rhythmic and melodic fundamentals, ... 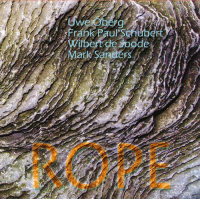 These upper-echelon European improvisers offer a grab bag of tasty treats in front of an audience at the Festival Just Music in Wiesbaden, Germany. This 2015 performance consists of three works, but the 35-minute opener “Drifter," is a tour de force amid a macrocosm of delicate phrasings, succinct shadings, ethereal background treatments and scorching, climactically driven buildups. Essentially, they keep you on the edge. Frank Paul Schubert's darting and weaving soprano sax lines and pianist Uwe Oberg's multifaceted ... 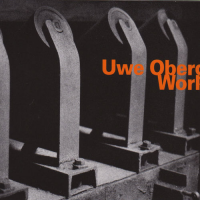 Work is a fully realized solo recording by German pianist Owe Oberg. He makes a strong case, in the six tracks/eight compositions, for his overflowing abundance of skill and resourcefulness. Recorded in 2008, this disc comes to light (why the wait?) now, with the release of Turns (Leo, 2016) with Silke Eberhard and another solo record Twice, At Least (Leo, 2015).Like his previous disc for Hatology, Lacy Pool (2006), the music and sound quality are given top priority. ...