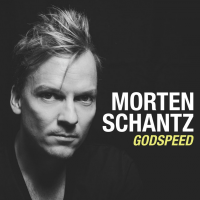 The three Scandinavian musicians featured on Godspeed are also members of the eclectic JazzKamikaze quintet. By 2014, Morten Schantz had released eight albums, four as a soloist and four with JazzKamikaze. Saxophonist Marius Neset has played alongside Django Bates and Anton Eger is also drummer with Phronesis. JazzKamikaze produces a fairly frenetic sound whereas Godspeed is relatively more sophisticated, but no less dynamic. This is Schantz's follow-up to his 2014 recording Unicorn which was predominantly acoustic, whereas Godspeed bears some ... 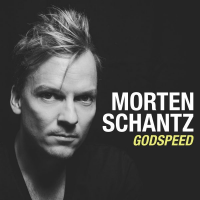 Old friendships are never forgotten, and sometimes they grow stronger as time goes by. This is also the case with musical friendships. Back in the days, in 2005 exactly, pianist and composer Morten Schantz played with saxophonist Marius Neset and drummer Anton Eger in the acclaimed group JazzKamikaze. They were full of youthful energy and to this day, the group has not officially disbanded. The members have also moved on to other projects. Both Neset and Eger ... 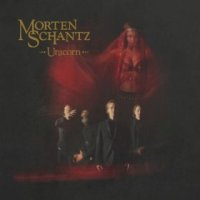 Danish pianist/composer Morten Schantz is probably best known as one fifth of JazzKamikaze, the globe-trotting band he formed in 2005 with Marius Neset, Kristor Brødsgaard, Daniel Heløy Davidsen and Anton Eger. That may be about to change, as the solo album Unicorn marks a significant wind change in Schantz's trajectory. Inspired writing and scintillating collective playing are the cornerstones, with Schantz' quartet augmented by Morroccon traditional musicians and choir. It's an intoxicating concoction that marks a high point in the ...