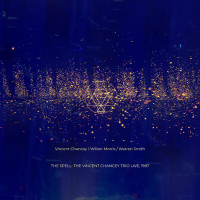 It's not everyone who gets to be name-checked in the title of an album by Sun Ra, but Chicago-native Vincent Chancey inhabits a select club thanks to Taking A Chance On Chances (Saturn, 1977), (mis-)named after an improvised duet between his French horn and Ra's piano. As well as the Arkestra, Chancey's French horn has also featured in the bands of Carla Bley, Lester Bowie, David Murray and Dave Douglas among over 300 sideman dates. But in spite of such ...