In 2006, oft-unsung drummer Michael Carvin broke a decade-long silence as a leader on record, releasing one of the strongest dates of his career through Marsalis Music's Honor Series. Fast-forward eight years and you have Flash Forward, another quartet-based album that stands as a testament to Carvin's skills as drummer, bandleader, and musical catalyst. Flash Forward is a fresh musical start for Carvin. It's his first release for the Motema Music imprint and the first album to ...

With a career that spans half a century, master drummer Michael Carvin has plenty to look back on, although he's mostly a forward-looking man. To say he's been prolific puts it mildly. By his own count, he's made some 250 recordings and toured the world five times. He has worked with such major jazz luminaries as Jackie McLean, Dizzy Gillespie, Pharaoh Sanders, and Freddie Hubbard, among many others, in addition to fronting his own bands and recording ten albums as ... 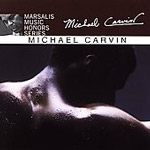 Other than the ability to record musicians like drummers Jimmy Cobb and the less well-known Michael Carvin, what status could allow this young label led by a lion (Branford Marsalis) to be said to honor either of these men? Actually the company is honoring itself, and doing some justice to the veteran Carvin, whose sometime partner Jackie McLean has alas just died. Those two are credited with producing one masterpiece (Antiquity, Steeplechase 1974), and Carvin himself is acknowledged with a ...