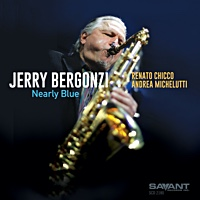 Even though Jerry Bergonzi has nothing left to prove, after almost half a century near the top of almost every list of the jazz world's leading tenor saxophonists, he is hardly ready to sit back and rest on those laurels. On his latest album, Nearly Blue (a sequel to the well-received Spotlight on Standards), Bergonzi is supported, as before, only by organist Renato Chicco and drummer Andrea Michelutti, meaning his supple tenor is in action much of the time, which ...

Hong Kong International Jazz Festival Hong Kong City Hall Theatre; Hong Kong Cultural Centre October 7-13, 2018 “There are so many beautiful players in the world... and so few listeners," announced Jerry Bergonzi somberly from the stage, to a smatter of chuckles. That punchline might be flipped on its head in Hong Kong, where there is no shortage of upmarket bars in the Central district programing at least some semblance of “jazz," but just ...

There are plenty of stellar musicians who can't teach and plenty of fine educators who lack the skills or know-how to play at a top-tier level. There aren't a lot of internationally acclaimed musicians who are also viewed the world over as exceptional teachers; saxophonist Jerry Bergonzi is one of the few. Bergonzi has traveled plenty with his horn, playing his own music and backing up bigwigs across the globe, but he's made an even bigger impact ...

Jerry Bergonzi is regarded as one of the most important saxophonists in the world. Equally, he continues to make significant contributions in the world of jazz education. He is the author of Inside Improvisations Series (Jazzwise Publications), a manual developed in seven volumes--his eighth book is due to come out soon--that has become essential for jazz students around the world.The only element that speaks to time is his white hair, because his enthusiasm hasn't changed since recently deceased ... 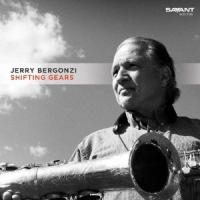 Gifted tenor saxophonist Jerry Bergonzi has proven to be among the best in the business, spanning a hefty solo career amid numerous guest spots and session duties for others. With this quintet release, the leader hearkens back to the modern jazz ingenuity and reverence of 1960s-era outings for the likes of the Blue Note and Prestige record labels. However, the musicians' respective styles impart a distinct group-centric sound, streaked with a contemporary vibe. Bergonzi and trumpeter Phil Grenadier's ...

Tenor saxophonist Jerry Bergonzi has spent decades honing his skills and he has the discography to prove it. Strong solo dates on the RED, Double-Time and Savant labels, along with notable sideman work with legends such as pianist Dave Brubeck, have earned him the respect of his peers and the reputation of being a no-nonsense force of nature on his instrument, but his best work may take place in the classroom. Bergonzi has been codifying and passing ...