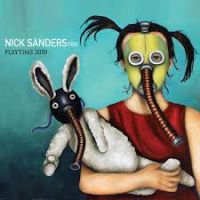 Jazz Journal is a regular column consisting of pithy takes on recent jazz releases of note as well as spotlights on those titles in the genre that might otherwise go unnoticed under the cultural radar. Nick Sanders Trio Playtime 2050 Sunnyside Records 2019 The music inside the cover of Playtime is a vivid reflection of the deceptively whimsical cover art. Witness, for instance, two tracks juxtaposed with each other: “Live Normal" almost ... 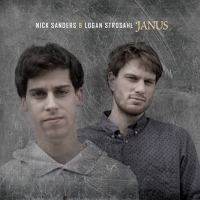 Pianist Nick Sanders and saxophonist Logan Strosahl musical connection goes back to 2007 when they were both students at the New England Conservatory in Boston. Since that time Sanders has release a number of albums, including You Are Creature with bassist Henry Fraser and drummer Connor Baker. The three players played on Strosahl's musically eclectic debut album of this year, Up Go We . The attitude of thinking of the entire canon of Western music to be “just ...

Pianist Nick Sanders and saxophonist Logan Strosahl have named their duet outing Janus. The Janus of the Roman Empire era was a God with two faces, a God of time, with one gaze directed forward, the other backward in time. Sanders and Strosahl began playing in the duo format a decade ago, wood-shedding in the dorms at Boston's New England Conservatory, where they were both students. They revisit those sessions, in a sense, a wide-ranging, Janus-ian, forward/backward exploration ... 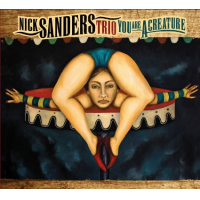 It's sad to say, but many newly-formed piano trios tend to suffer by comparison before they ever get off the ground. So many of these groups consciously or unwittingly walk along well-trod paths, referencing legendary jazz figures or following trails of sonic breadcrumbs dropped by latter day lodestars like Brad Mehldau, The Bad Plus, or Jason Moran, to name a few. But despite that fact, there's always hope and there are always a rare few artists who manage to contribute ...