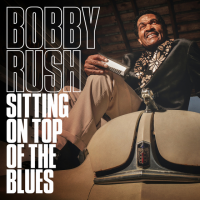 Blues Deluxe is a regular column comprised of pithy takes on recent blues and roots-music releases of note. It spotlights titles in those genres that might otherwise go unnoticed under the cultural radar. The Mike Duke Project ...took a while Little Village Foundation 2019 ...took a while is an absolutely delightful piece of work in which Mike Duke's sharp pop sensibilities run parallel to (and often intersect with) his soul/r&b roots. ...

There exists a fertile underbelly to American Music. It is music that never experiences the success of a Jay Z or Beyonce, but is infinitely more vital and fecund than any of the synthesized, IPad-generated, “genius" generated sounds that have come out over the past 20 year. Sorry, but “rad beats" is not everything and second-hand rhymes might raise a woody in any number of print critics reviews...but not this humble one. Street cred still reigns big, and ...

40th Annual Blues Music Awards Memphis Cook Convention Center Memphis, Tennessee May 9, 2019 Mississippi writer David L. Cohn, in his 1948 book, Where I was Born and Raised (Houghton, Mifflin), defines the length of the Mississippi Delta thusly: The Mississippi Delta begins in the lobby of the Peabody Hotel in Memphis and ends on Catfish Row in Vicksburg. That is as good a description of the Romantic still life that ... 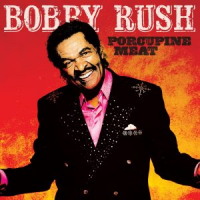 For two music genres often thought dead or near death, the blues and jazz continue to be two densities attracting talent for interpretation. The blues has been due a resurgence since the death of Stevie Ray Vaughan, and is likely to take off in the wake of the Rolling Stone's Blue and Lonesome (Polydor, 2016). Here is the front end of what is sure to be 21st Century blues deluge. Landon Spradlin No More Blue ... 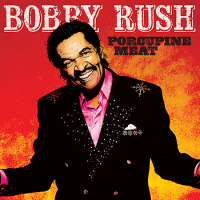 They don't call Bobby Rush the King of the Chitlin' Circuit for nothing. With an extraordinary discography, and legendary status as an enthusiastic live performer, Rush was recognized in 2015 with a fifty year, retrospective box set, titled “Chicken Heads," by Omnivore Recordings. Returning to his home state of Louisiana, and recorded in New Orleans, the octogenarian singer stays true to his southern funky blues style on Porcupine Meat, his debut release for Rounder Records. Rush is also ...