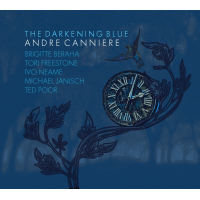 Five of the ten numbers here are songs with lyrics, four of which are translations of poems by Bohemian-Austrian poet Rainer Maria Rilke and one is written by Monique Canniere, whose words were inspired by American author Charles Bukowski's “Bluebird." The pastoral solo piano opening to “Autumn Day" belies the strong entrance by the whole sextet including Brigitte Beraha's vibrant vocals and Andre Canniere's strident trumpet, also heard again to good effect on the swinging “Going Blind" again ...

Coalescence is the perfect title for this engrossing collection from Andre Canniere. The idea that our experiences and influences become absorbed into a larger whole works on many levels both personal and musical. Some would have us believe that true originality in these post-modern times comes only through the juxtaposition of the different elements and influences into new combinations and shapes. That is, of course, debatable and turns on the old 'nature or nurture' argument--the extent to which we have ... 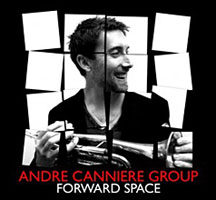 Although the United States may still lay claim to be the home of jazz and its largest commercial market, there are still plenty of musicians from that country who choose to leave for pastures new. Trumpeter Andre Canniere is one such: a young player and composer from the US who is now based in London. As with so many of his fellow emigré players, he's a talented musician with some original compositional ideas, and Forward Space demonstrates that the USA's ... 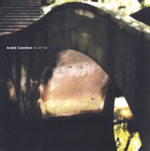 Trumpeter André Canniere's debut is aural evidence that good things can descend from the Ivory Tower. Every one of the players on As of Yet is an Eastman School of Music grad (Canniere in 2003), but they transcend the typical stereotypes often associated with university-trained musicians, the most common being that they “think" the music, rather than “feel" it. As this album shows, much of what used to be considered academic music has now been assimilated by a new generation ...