A very eclectic show this time out: drummers are front and center: Joao Lencastre, Whit Dickey, Gard Nilssen, Harris Eisenstadt, Kahil El'Zabar from the Ethnic Heritage Ensemble and Germany's Max Andrzejewski. The latter and his band Hütte are tackling the music of rocker/composer Robert Wyatt. If that isn't off the wall, how about a combination of a Spinal Tap piece layered with an Ornette Coleman tune performed by the Michael Leonhart Orchestra? There's freer stuff from the likes of the ... 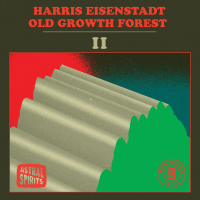 The eternal debate persists. Is Harris Eisenstadt primarily a drummer or a composer? He composes music for orchestra and chamber ensembles, yet he leads several jazz groups including Canada Day (a quintet and sometimes quartet or octet), the small large ensemble Recent Developments, and this quartet with trombonist Jeb Bishop, saxophonist Tony Malaby, and bassist Jason Roebke. Like the new breed of percussion leaders Tyshawn Sorey and John Hollenbeck, Eisenstadt eschews the hulking Art Blakey / Tony Williams / Elvin ...

How do you pass the tedium of a long haul flight? Catch up on sleep, or take in those films you meant to watch but never got round to viewing? Few of us spend the time as productively as Canadian drummer Harris Eisenstadt who sketched out the main elements of his Recent Developments suite on the return home from tour. In spite of the prosaic titling the performance by a stellar nine strong band more than matches the standard set ... 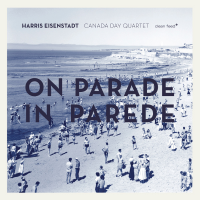 In Italian writer Antonio Tabucchi's acclaimed 1994 novel Pereira Maintains, a critical turning point comes during the central character's stay in the spa town of Parede in Portugal. It's not too much of an exaggeration to suggest a similar advance for drummer Harris Eisenstadt's Canada Day in a live date from the same locale. Usually a quintet (occasionally even an octet), the unit has provided an accomplished vehicle for Eisenstadt's small group compositional output. But stripped back to a foursome, ...

Canadian native and Brooklyn resident Harris Eisenstadt has built a solid reputation as a composer, matching accolades for his eclectic expertise as a drummer. His passion as a student of the art has taken him to West Africa, where he has studied the music of the Wolof people and Cuba, where he has delved deeply into Afro-Cuban music. A leader/co-leader on more than two-dozen releases, beginning with Last Minute of Play in This Period (Questionable Records, 2001), Eisenstadt is also ... 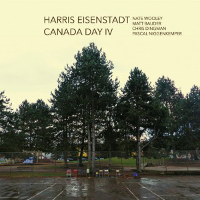 Canada Day has been drummer Harris Eisenstadt's flagship ensemble since its first gig on July 1, 2007--his homeland's national holiday, hence the band name. In the ensuing years the quintet has developed an identifiably cohesive sound that expertly balances avant-garde explorations and in-the-pocket swing, with only one significant personnel change; the bass chair is now filled by Pascal Niggenkemper, the group's third bassist. Eisenstadt's writing for the unit continues to expand upon post-modern jazz traditions in intriguing ways. ...

Drummer Harris Eisenstadt's Golden State--the avant-chamber group that he formed while he was in residence at the California Institute of the Arts in 2012--is a meeting of minds and instincts. In its initial form, with bassoonist Sara Schoenbeck, bassist Mark Dresser, and flutist Nicole Mitchell, this ensemble created music that was smart and offbeat. Logic and surprise were both at play in the sounds that these four made together. They refused to draw out clear distinctions between pre-composed thought and ...