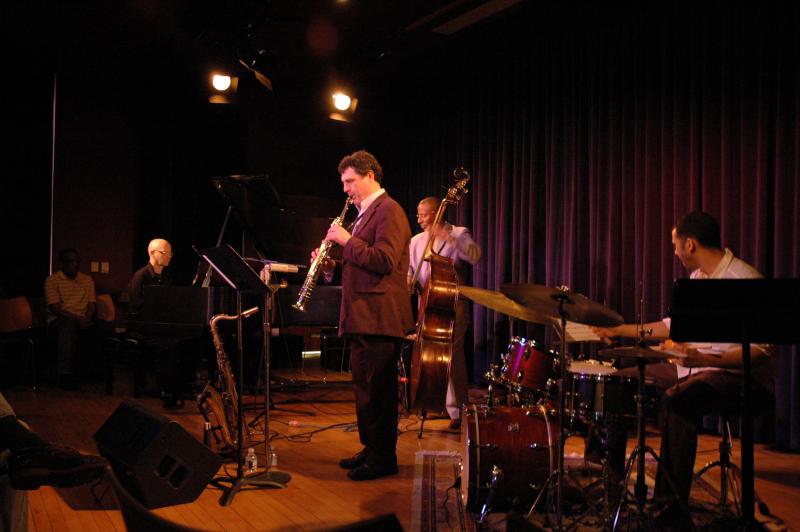 Trumpeter Anthony Branker's Princeton, New Jersey concert—sponsored by The Princeton Council for the Arts, funded by Wachovia-Wells Fargo Bank, Bloomberg and other sources—was a musical gem set on the laconic, early spring day of Sunday afternoon, April 3. The Solley Auditorium of the Paul Robeson Center for the Arts on Witherspoon Street, is an intimate but fully equipped hall with good acoustics, and the crowd was family-oriented, and respectful yet enthusiastic about the music. Altogether, it was a relaxed situation for creative music-making.

The approach taken in this show was something that composer/arranger/conductor/Princeton professor Branker has been doing for a few years now, and examples can be found in his recordings for Origin Records, including his recent Dance Music (2010). Branker has recently curtailed his playing due to medical issues, but in so doing has found a new craft. He composes jazz-oriented music, often for small ensembles, forms a collective of players, gives them charts and some explanations, counts off the tempo, and then lets them go at it.

Musicians and fans are familiar with this approach in arrangements for big bands, as well as orchestral arrangements and compositions where the creator does the rehearsing and conducting (e.g. Nelson Riddle and Aaron Copland.) It's relatively rare to do this with small groups, however, where the originals and arrangements are commonly handled by the players themselves, but it does happen. Branker seems to be making this approach his métier, and does so quite well, though it doesn't hurt that he has access to some of the best instrumentalists in the business. In this concert, he had four of the most resilient and creative contemporary players: saxophonist Ralph Bowen; bassist Kenny Davis and drummer/percussionist Adam Cruz, along with special guest, pianist Jim Ridl, joining in for five of the set's nine pieces.

Ridl, new to this collective, quickly grabbed onto the mix, did amazing solo work, and blended well with his cohorts. The music was apparently new to all of them, and with only a couple of hours of rehearsal, their conjoint professionalism gave the impression of a group that has been playing many gigs together. 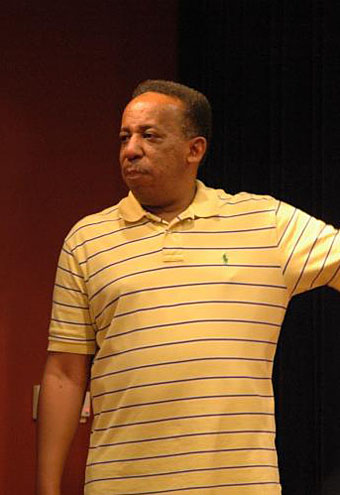 Branker is a serious composer who does a lot more than write tunes, which themselves are quite noteworthy, playable, and capable of becoming standards in the jazz repertoire. He explores tempos, rhythms, and harmonic dissonances with aplomb, and likes to arrange for the musicians to engage in musical conversations, improvising together around the motifs that he sets up. The works have a consistency about them, giving the impression of a suite when juxtaposed to one another. The music is steeped in the deeper sources of jazz: African and Caribbean influences, even voodoo trance, New Orleans Cajun styles, and French impressionism. He mixes in post-bop trends, especially reminiscent of Wayne Shorter's work, and is a master of the in-between blue notes, chromaticisms, and overtones, all of which greatly enrich the possibilities for improvisation.

Branker's rhythms incorporate complex intricacies, generating heightened attention in the audience, so that there is never a dull moment. The music conjures African masks, mythological beings, and musical legends like Louis Armstrong and John Coltrane, and covers a range of emotions, from the meditations of "The Selfless Soul," and the sense of loss in "More than Words," to the humor of "Iggery-Poncheek," derived from an imaginary language his daughter and her friends used; perhaps it's a good omen for Branker's daughter that Leonard Bernstein also invented a special language as a child.

The musicians brought out these influences and evocations with playing possessed of multiple meanings, developing ideas and musical tensions. Bowen played masterfully from beginning to end, often serving as the group's creative center with quip-filled riffs, flowing lyricism, and clean, rapid runs that were frequently echoed by Ridl, who atlernated music lined up with the group with contrasting excursions into the stratosphere that reflected other voices and other rooms going on in his capacious musical introspection. Davis—who did a stint with guitarist Kevin Eubanks' Tonight Show with Jay Leno band—sustained a rhythmic intensity that was, at times, electrifying. But the master genius onstage was Cruz, a mainstay of pianist Danilo Pérez's groups, who played with the grace of Elvin Jones, yet managed all kinds of polyrhythmic inventions of his own, while making the bass drum an instrument in itself, especially during his solo on "The Fire Spitters" finale, where Gene Krupa must have lent him his right foot.

The group is scheduled to do a like-minded record date with Branker in the near future.